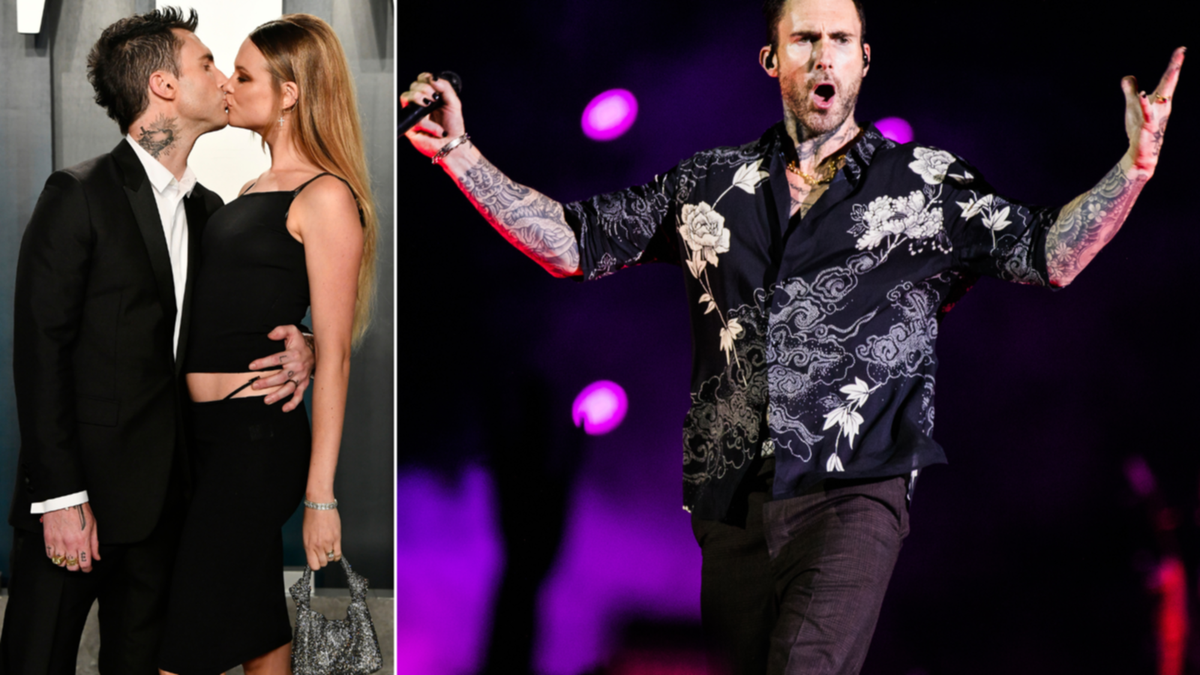 The number of women who have come forward with bombshell allegations against Maroon 5 singer Adam Levine has now reached five, with an Australian woman claiming he sent her flirty texts.

Levine, 43, has become the subject of a spiralling scandal after three women accused him of sending them inappropriate messages while married to his pregnant wife, Namibian supermodel Behati Prinsloo, 34.

WATCH THE VIDEO ABOVE: TikTok model claims she had affair with Adam Levine

The fifth and latest woman to come forward is a Sydney woman who said she began chatting with the rocker on Instagram in December last year.

The Bondi-based woman told Kyle and Jackie O show that she messaged Levine after noticing he was looking at her Instagram Stories.

When he responded to one image with a face-palm emoji, she wrote back, “Bondi envy?”, referring to the backdrop.

“We were just chatting from there,” the woman told Kyle and Jackie O.

“We were talking for about four days and then it was just on and off messages.

“We would just send selfies to each other. It wasn’t anything raunchy.”

She claimed Levine told her he couldn’t officially “follow” her on Instagram and it was then she realised he was still married and “backed out a little bit” from exchanging messages with him.

Since claims emerged that Levine had a year-long affair with an American influencer, 23-year-old Summer Stroh – an allegation he denies – three other women have come forward claiming the singer had sent them flirty and sexual messages on social media.

Hashtagged “Expose Adam Levine”, Maryka shared messages where Levine complimented her figure and wrote: “Distract yourself by f***ing with me.”

In another message he allegedly said, “I’m now obsessed with you.”

Maryka claims she responded, “Dude, aren’t you like married lol,” to which he replied he was, but it was “a bit complicated.”

In a since-deleted TikTok video, Alyson Rose also shared alleged messages from Levine, including one that said, “I shouldn’t be talking to you, you know that, right?”

Another woman, Californian yoga instructor Alanna Zabel, has also claimed the Maroon 5 star sent her an X-rated text message while he was in a relationship.

Also using the hashtag “Expose Adam Levine”, she took to her Instagram Stories to allege that Levine sent her a sexual text while he was dating cocktail waitress Becky Ginos.

“One day he texted me saying ‘I want to spend the day with you naked’,” she claimed.

“I was in the bath but my jealous ex saw it and went into a rage.

“I assured my ex that I was sure it was meant for Adam’s then girlfriend, Becky, and was a mistake.

“I texted Adam to ask if that was the case.”

She said Levine didn’t reply, adding that her ex-partner turned “violent” and broke her wrist.

When she told Levine about what had happened, he “iced” her out, she claimed.

“Massive life changing, destructive moment, and when I told Adam he ignored it, never apologised, removed me from the upcoming tour and iced me out during one of the most devastating times of my life, all from his one flirtatious text,” she wrote.

Levine is expecting his third child with Prinsloo, who has been a regular Victoria’s Secret model over the years, and to whom he has been married since 2014.

After Sumner Stroh came forward with claims of an affair, Levine posted a statement to Instagram, admitting he had sent flirty messages but denying an affair.

“I used poor judgment in speaking with anyone other than my wife in ANY kind of flirtatious manner,” he wrote.

“I did not have an affair, nevertheless, I crossed the line during a regrettable period of my life.

“In certain instances, it became inappropriate,” he wrote, adding that he has “addressed that and taken proactive steps to remedy this with my family.”

“My wife and my family is all I care about in this world,” he said.

After Levine posted the statement, Stroh hit back at his denial that they had had an affair.

In a brief statement on her own Instagram page, she wrote: “Someone get this man a dictionary.”

Eagle-eyed viewers pore over pew moment at Queen’s funeral: ‘Kate is the problem’