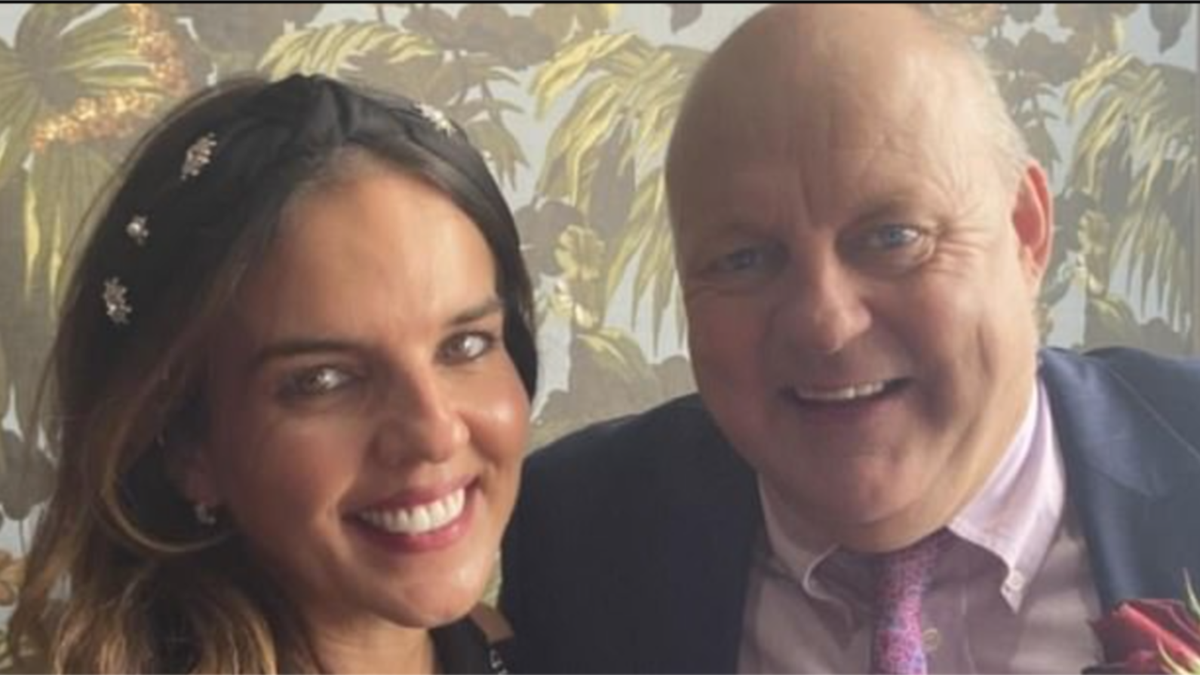 Footy legend Billy Brownless has gone public with his new girlfriend Justine for a day at the races.

The former Geelong player and AFL personality looked to be in high spirits at Flemington’s Champions Stakes Day on Saturday, where he and Justine were joined by his daughters Lucy and Ruby.

WATCH THE VIDEO ABOVE: Billy Brownless talks about Garry Lyon

The pair were spotted at the famous Birdcage enclosure, with Brownless all suited up and Justine wearing a chic black dress and headband.

Brownless’ personal life was thrust into the spotlight after his high-profile breakup from ex-wife Nicky in 2016.

The couple had been married for 18 years before Nicky began a relationship with Brownless’ close friend Garry Lyon.

“It was public, very public. Front pages and all that,” Brownless told his fellow campmates on I’m A Celebrity … Get Me Out of Here in 2020.

“I didn’t expect it. You think she’ll come back and all that, but she didn’t.

“So that was a good kick in the guts.”

Brownless was introduced to his new flame by former St Kilda star Leigh Montagna and his wife.

The pair have kept a relatively low profile, but Brownless’ daughter Lucy happily posted a feelgood photo of her dad with Justine in her Instagram stories after the races.

Brownless appear to be dancing, with an amused-looking Justine watching on and having a giggle.

“Billy Brownless after a few too many,” his daughter captioned the sweet photo.

After the split from his ex-wife, Brownless admitted to some dark times.

He has four children with Nicky – Lucy, Ruby, and sons Oscar and Max.

“A shocking two or three years. No good,” he said on I’m A Celebrity.

“If you wanted to have the kids, you’d get them to a motel.”

But he said he had started to mend fences with his ex-wife and with Garry Lyon in recent years, even spending Christmas 2020 and 2021 together with them and the children.

“It’s been four or five years, I’ve come around and everyone is in a good spot to be honest,” Brownless told Sam Newman in 2020.

“That was the other big problem (at the time).

“It was so public, that was the biggest problem.

“On TV, in the papers, front page of the Geelong Addy (Advertiser).

“I’d walk into a coffee shop and I’d swear everyone was looking at me and talking about it and they weren’t.”

Brownless, 55, tentatively admitted to a new relationship a few months ago.

“It’s really new and a nice little friendship,” he said at the time.

“We’re going all right and taking it slowly.”