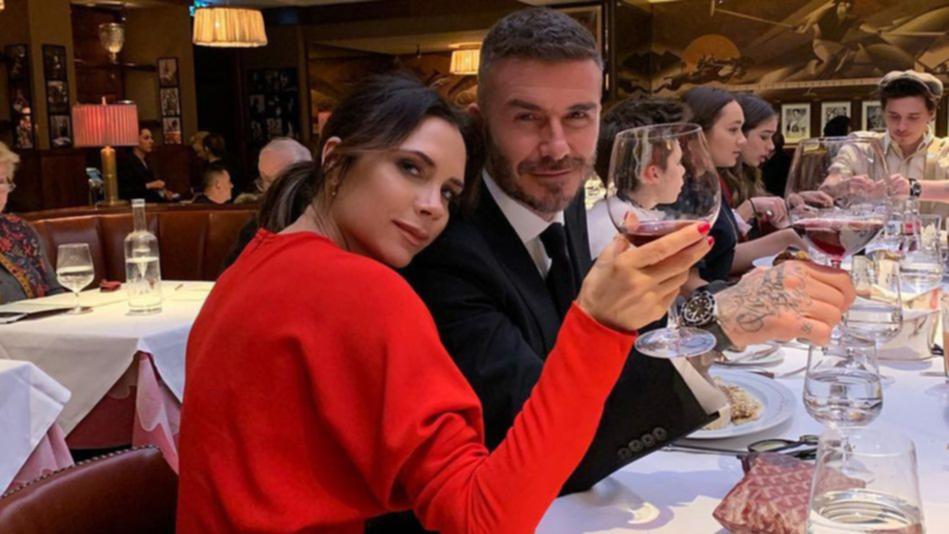 David Beckham has exposed his wife Victoria Beckham’s eating habits, revealing she has eaten the same meal every day for the last 25 years.

The famous footballer fondly recalled one of his “favourite evenings” when Victoria deviated from her strict diet, eating something off his plate when she was pregnant with their fourth child.

WATCH IN THE VIDEO ABOVE: David Beckham cooks dinner for Chinese New Year

David spoke on the River Cafe Table 4 podcast about the food his family eats, telling the host: “I get quite emotional about food and wine. When I’m eating something great I want everyone to try it.

“Unfortunately I’m married to someone that has eaten the same thing for the last 25 years,” the father of four went on.

“Since I met her she only eats grilled fish, steamed vegetables, she will very rarely deviate from that,” he said.

Explained: Why Justin Bieber spent $1.83 million on a bored ape

A single woman done with dating apps embarked on a night out alone. She was left in tears

David looked back fondly on one particular evening when his wife ate something off his plate, back when she was pregnant with their youngest child Harper, now 10 years old.

“The only time she’s probably ever shared something that’s been on my plate was actually when she was pregnant with Harper and it was the most amazing thing.

“It was one of my favourite evenings. I can’t remember what it was but I know she’s not eaten it since,” David said.

Victoria has previously admitted that she won’t eat any food cooked in oil, butter, or sauces, and she doesn’t eat red meat or dairy.

The former Spice Girls singer also shared that her comfort food is a piece of wholegrain toast with salt on it and on her birthday she celebrates with a cake made from fruit.

David also told the podcast that when he has the house to himself he loves cooking whatever he fancies.

“Pretty recently I was in isolation for five days because I’d just been to Italy so I came back and on one of the last days Victoria’s parents had a party and I couldn’t actually go to it,” the former Manchester United player said.

“So everyone was out of the house and I secretly loved it.

“I literally had two most amazing cuts of meat. One was a T-bone and I had some English wagyu.

“I poured one glass of the most amazing red wine that I treated myself to because I was on my own looking forward to watching the football in the afternoon on my own. So I set the barbecue up,” David told the podcast host.

David showed off his love of cooking on his Instagram on Tuesday, sharing a video of himself preparing a meal in Gordon Ramsay’s kitchen.

“Must say I’m quite proud of how it turned out. Thanks for letting me use your kitchen @gordongram #LunarNewYear,” David wrote.

After preparing both the fish and sauce, he took a bite, then spoke again in Mandarin, wishing viewers “prosperity every year. Forge ahead with the vigour and vitality of the tiger,” David encouraged.