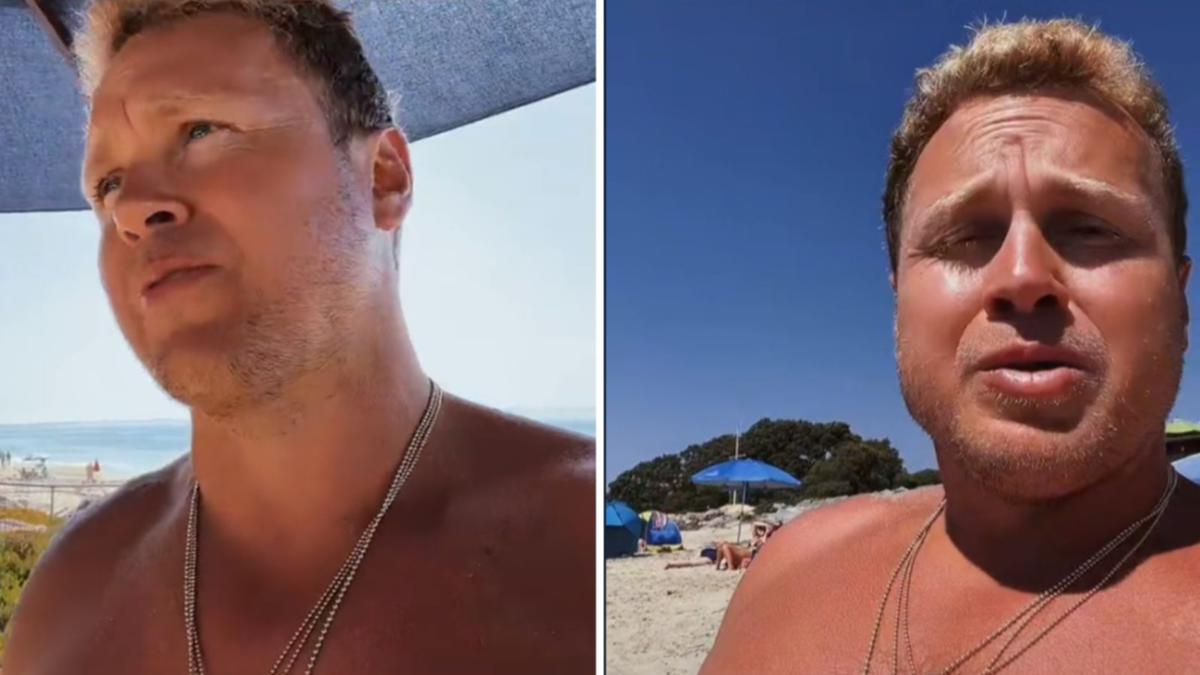 Reality TV star Spencer Pratt set the internet alight when he called Friends actress Lisa Kudrow “the worst human” he’d ever met in a video posted to TikTok on Friday.

The Hills star had been responding to a fan who asked him to name the rudest celeb he’d ever met.

After naming Kudrow, Pratt doubled down with a second video posted Saturday, describing an alleged encounter he and his wife Heidi Montag had with the star, who played Phoebe Buffay on Friends.

“The year was 2009 and Heidi and I were invited to our first elite A-list party,” the 39-year-old explained in the beachside video.

“It was clear when when we got there, no-one wanted us there.

“It was almost like we were filming for Punk’d and a camera was going to pop up, but Heidi and I didn’t care as there was delicious food and an open bar.”

He said while he and Montag ate some caviar at the buffet, Kudrow approached.

They were shocked, as no-one had spoken to them at the party, he explained.

Pratt then claimed Kudrow, 59, said Montag needed “to get away from me as fast as possible because I’m going to murder her.”

Pratt also claimed Kudrow told him he had “the eyes of a serial killer.”

Montag thought Kudrow was joking – until it became clear that she wasn’t, Pratt added.

“Maybe this is a bit, a skit – maybe this is a hidden camera party and why we were invited to this elite party – but no laughs,” he said.

“She just walks away, and that right there was the rudest moment I’ve ever encountered with a human being.”

In the first clip, Pratt referred to Kudrow as “Phoebe from Friends” and said she was one of “the worst” celebrities he had ever interacted with, “by far.”

The comments on each video were a mix of shock, surprise, and some confimations.

Housewives of Beverly Hills star Bethenny Frankel replied to the first video by saying, “That’s crazy. She was on my talk show and I had a crazy experience also.”

However, Frankel did not go into any further detail on her experience with Kudrow.

Later on Saturday, Frankel posted a series of now-expired videos to her Instagram stories explaining that she had no animosity towards the Friends star, describing their encounter as “unique.”

“Lisa could be the best person in the world. I just had a crazy experience, so calm down,” she wrote.

When one of Pratt’s followers asked if perhaps Kudrow was just having a bad day, he replied: “It was a targeted attack.”

“I love that you only refer to her as Phoebe,” one follower wrote.

Others didn’t have such a problem with what allegedly went down at the party.

“Honestly, it makes me like her more. Hilarious,” one person wrote.

“I’m sorry, I love her for that. That’s HILARIOUS,” another concurred.

Kudrow has not publicly commented on Pratt’s claims.