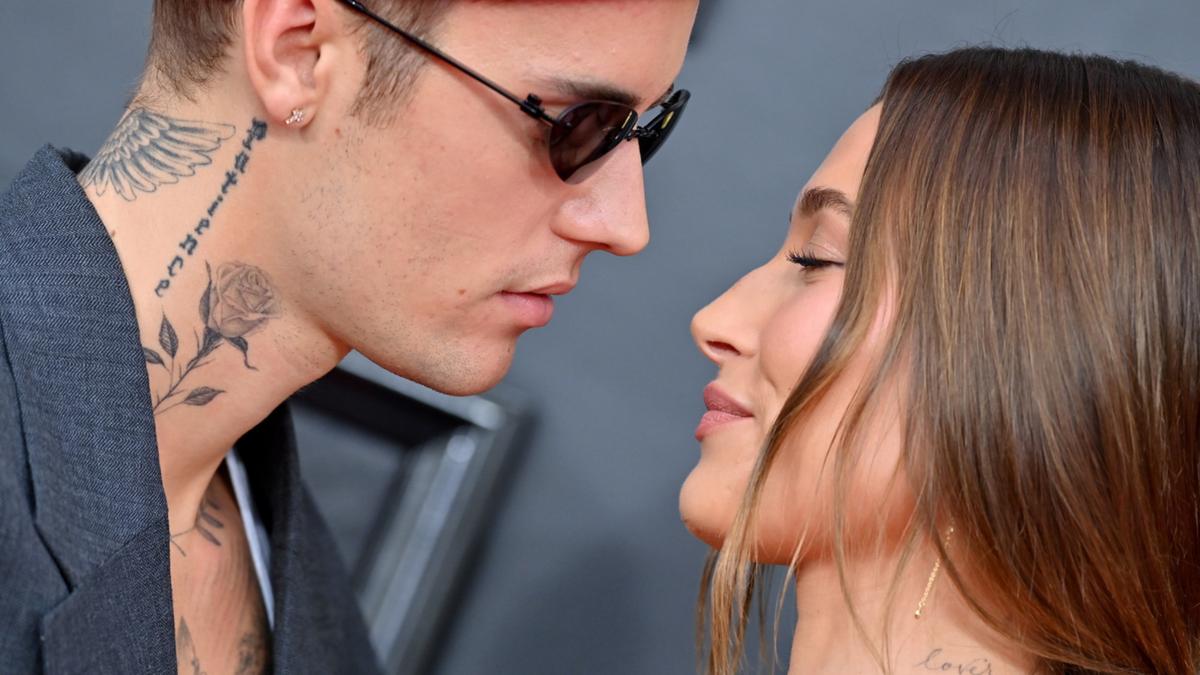 Hailey Bieber has responded to rumours that she is pregnant after appearing on the red carpet at The Grammy Awards with hubby Justin Bieber.

The couple looked super loved-up at the Las Vegas event but it was the dress Hailey was wearing that got tongues wagging.

The strapless gown was not especially tight fitting and flowed around her body, leading some to surmise that he was “hiding” her early pregnancy.

But Hailey has shot down the rumours, taking to Instagram to clarify that she is not pregnant.

The post was captioned: “Is a little #Belieber on the way?

“Fans are speculating that Hailey is pregnant after seeing what appeared to be a ‘baby bump’ during her appearance at the 2022 Grammy Awards this weekend.

“The model was a vision on Sunday wearing a white Saint Laurent gown … some fans felt it was a carefully-crafted style choice.”

Some fans also seemed to believe that a message posted by Hailey in an Instagram story pointed to a possible pregnancy.

“So proud of you and the Justice album,” she addressed Justin after the Grammys.

“What an incredible year it’s been!

“So much to celebrate.”

Speaking to The Wall Street Journal in February, Hailey said she definitely wanted kids – but not necessarily right away.

“There’s this thing that happens for women when you get married,” she said.

She added that she and Justin would start trying for children “in the next couple of years.”

“But there’s a reason they call it try, right?” she added.

“You don’t know how long that process is ever going to take.”