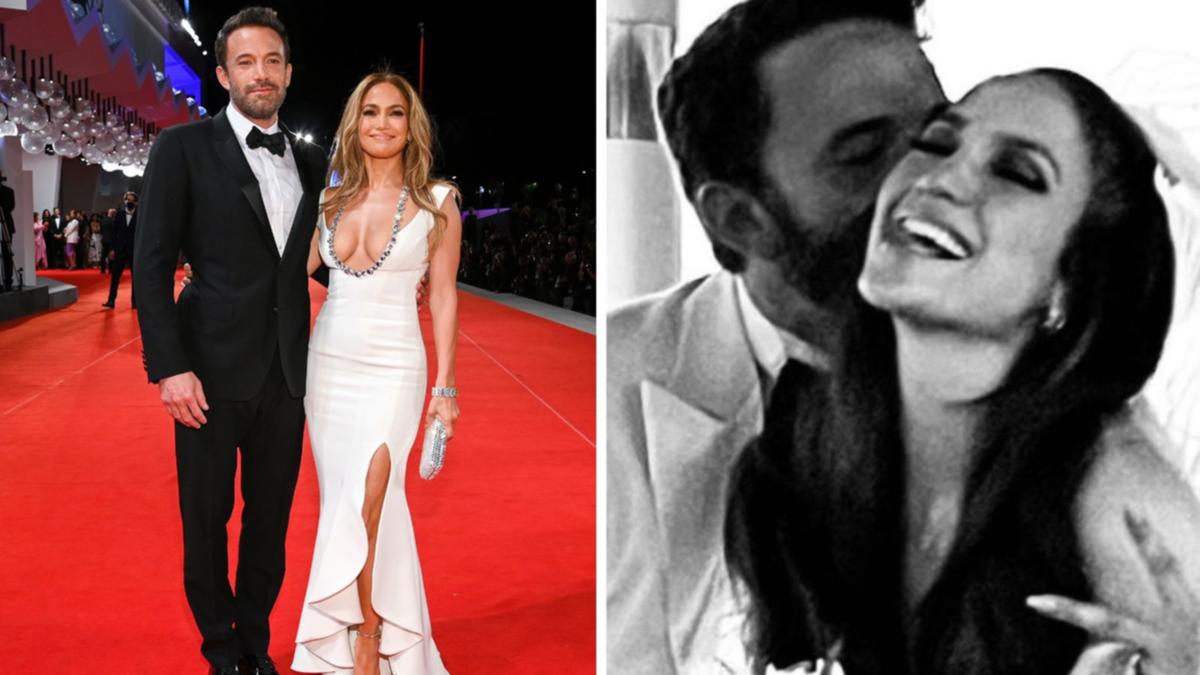 Jennifer Lopez has spoken out for the first time since she married Ben Affleck in a bombshell move.

The couple – who dated and got engaged back in the early 2000s before breaking up and spending 17 years apart – married on July 16 in Nevada, court records show.

In a newsletter sent to fans, Lopez shared more details of the “little white chapel wedding”, in which the duo tied the knot around “midnight” in Las Vegas.

The couple “stood in line for a license with four other couples,” she wrote.

“So with the best witnesses you could ever imagine, a dress from an old movie and a jacket from Ben’s closet, we read our own vows in the little chapel and gave one another the rings we’ll wear for the rest of our lives,” Lopez continued.

She wrote that it was “the best possible wedding” the couple could have imagined.

“They were right when they said, ‘all you need is love’. We are so grateful to have that in abundance, a new wonderful family of five amazing children, and a life that we have never had more reason to look forward to,” Lopez wrote.

“Stick around long enough and maybe you’ll find the best moment of your life in a drive through in Las Vegas at twelve thirty in the morning and at the tunnel of love drive through, with your kids and the one you’ll spend forever with. Love is a great thing, maybe the best of things – and worth waiting for.”

Lopez also appeared to confirm she was changing her name, signing off her note with “Mrs. Jennifer Lynn Affleck”.

She also shared a black and white photo from the ceremony which showed her laughing as Affleck kissed her on the neck.

Lopez and Affleck first met on the set of Gigli in 2002, according to Vulture, where they played criminals stuck on a job together, and they struck up a real-life friendship.

While the film flopped, Affleck told Entertainment Weekly in January that he didn’t regret it because he “did get to meet Jennifer, the relationship with whom has been really meaningful to me in my life”.

They began dating later that year and by November 2002 “Bennifer”, as they became known in Hollywood, was engaged after Affleck popped the question with a stunning pink diamond engagement ring.

But in 2004, Lopez announced the couple had split.

The pair would go on to date, and marry, other celebrities during the nearly two decade separation.

Both marriages eventually ended, and Lopez became engaged to former New York Yankee Alex Rodriguez in 2019 while Affleck dated actor Ana de Armas. Both of those relationships ended in 2021.

On April 8, Lopez announced she and Affleck were, once again, engaged.

She shared a video of her appearing emotional and sporting her green engagement ring in her newsletter “On the JLo”.

Her sister Lynda Lopez shared photos from the video on her Instagram Stories writing, “So this happened. Love you @jlo @BenAffleck.”

Posting an entry on her new website after the engagement, On the JLo, Jennifer published personal pictures, a video explainer, and a lengthy recounting of the special moment between the reignited flames.

“Did you ever imagine your biggest dream could come true?” Lopez began.

“Saturday night while at my favourite place on earth (in the bubble bath), my beautiful love got on one knee and proposed.

“I was taken totally off guard and just looked in his eyes smiling and crying at the same time trying hard to get my head around the fact that after 20 years this was happening all over again, I was quite literally speechless and he said, ‘is that a yes?’

She went on: “I was smiling so big and tears were coming down my face, feeling so incredibly happy and whole. It was nothing fancy at all, but it was the most romantic thing I could’ve ever imagined”.

”Just a quiet Saturday night at home, two people promising to always be there for each other.

“Two very lucky people. Who got a second chance at true love.”