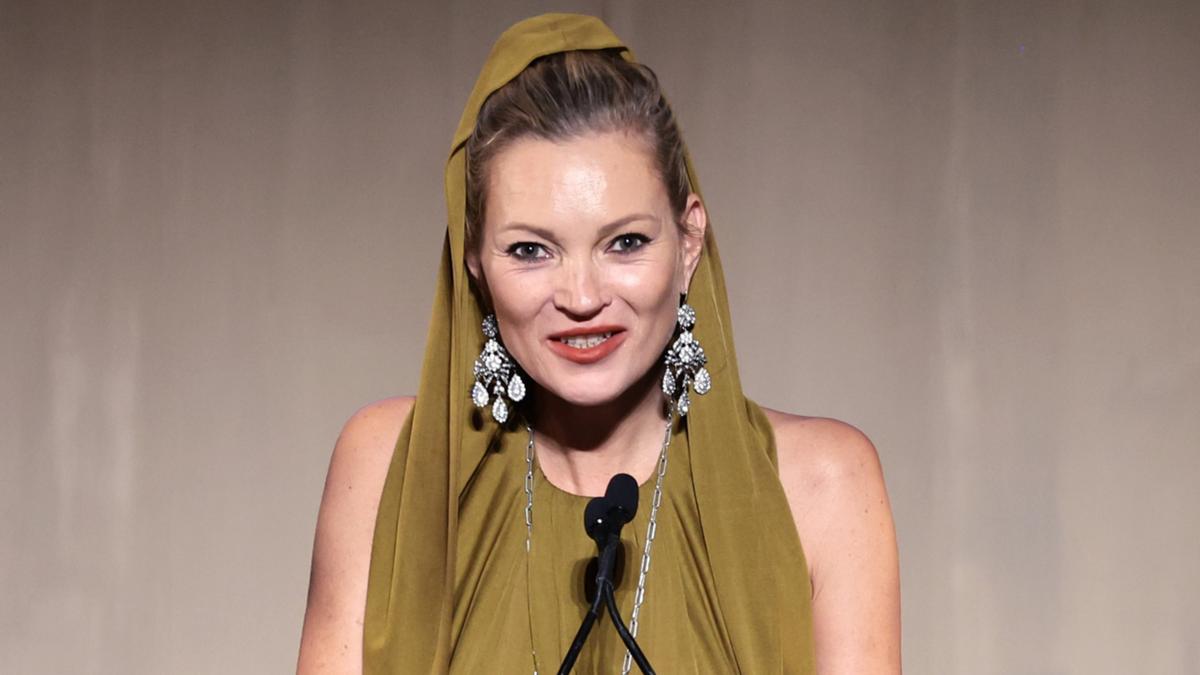 Johnny Depp’s ex girlfriend, British model Kate Moss, has sparkedconcern after her appearance at a fashion event on November 2.

WATCH THE VIDEO ABOVE: Kate Moss speaks at the WSJ Innovators event.

The model took to the stage and said “Good evening, ladies and gentlemen,” before pulling out her phone and gazing down at the screen.

“Anthony and I have worked together for…” she said, pausing before uttering “years”.

“Since he started at Saint Laurent, I could recognise his instinct for fashion. And… I wanted to be part of that,” she said, appearing to slur.

“I’m honoured to be part of his Saint Laurent family and to be his friend.”

“Ladies and gentlemen, I’m honoured to present Anthony Vaccarello with the… Innovator of the… award,” Moss said abruptly.

Following the show, viewers shared their concern for the model after watching her speech.

“Kate Moss stumbles over her words during her incoherent speech,” one Twitter user described.

“I feel her heart beating through her chest from here,” a second wrote.

Another said: “Something definitely seems off, I feel right towards the end is when I really saw a dip but hopefully she just forgot her speech.”

Some fans defended the model, suggesting that maybe she could be nervous about the speech.

“Maybe she was just really nervous or maybe relapsed. I wish her well,” a user said.

“I think she sounds nervous but genuine about her friend. She also looks healthy,” another wrote.

Also to win on the night was actress Margot Robbie, who was presented with the 2022 Entertainment Innovator honour.

The Australian star shared the process of starting up her projection company LuckyChap Entertainment, alongside colleagues including her husband Tom Ackerley.

“Doing things differently than how they’ve been done before does take guts,” Robbie said.

“But it’s worth it, and I think tonight is a nice reminder of that.”

Her Barbie director Greta Gerwig presented the award and praised Robbie, explaining “I’d be thrilled to only ever give awards to Margot Robbie because she deserves all of them, and I think we should make more of them just to give them to her”.

Barbie is expected to hit cinemas in July 2023.