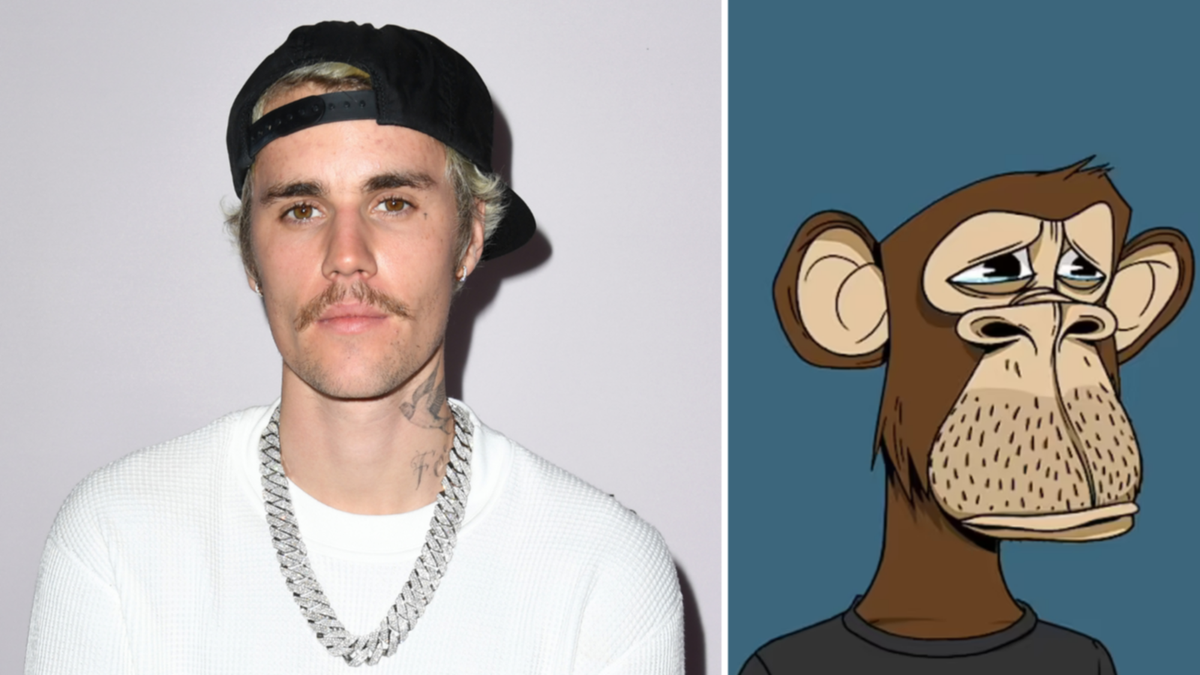 Justin Bieber has shocked fans after spending $AU1.83 million on a “bored ape” NFT that is worth three times less than he paid for it.

The Yummy hitmaker joined a collective of high-profile celebrities who are members of an exclusive online club.

WATCH IN THE VIDEO ABOVE: Celebrities show off their NFT ‘Bored Apes’

If you’re stumped on what an NFT is, we’re here to help explain.

Put simply, an NFT (short for non-fungible token) is a digital work of art that is one-of-a-kind and a verifiable asset.

So by Justin making this purchase, he is now not only owns the artwork, but is an exclusive member of the Bored Ape Yacht Club (BAYC) alongside celebrities including Serena Williams, Paris Hilton, Jimmy Fallon, Eminem, and Travis Barker.

According to the BAYC website, BAYC is a collection of 10,000 Bored Ape NFTs – unique digital collectibles living on the Ethereum blockchain.

Your Bored Ape doubles as your Yacht Club membership card, and grants access to members-only benefits.

Once someone has splurged on one of the bored apes they can resell their asset down the track.

The 27-year-old shared the news on his Instagram, proudly sharing his NFT cartoon ape who was wearing a black t-shirt, had stubble on its chin, and tears in its eyes.

The simple nature of his ape surprised fans of BAYC as it possessed no “rare traits,” with the rarest being the black t-shirt that three per cent of apes have.

Justin captioned the Instagram photo with lyrics from his 2021 single Lonely.

“What if you had it all, but nobody to call, maybe then you’d know me. Cuz I’ve had everything but no one’s listening and that’s just f****** lonely,” Justin announced.

Fans who were unfamiliar with the BAYC were shocked to see how much money Justin splurged.

“Someone take away his money,” one comment read, followed by a second fan that wrote: “You can’t be serious”.

A look into the ‘Bored Ape Yacht Club’

The Bored Ape Yacht Club (BAYC) is a collective of 10,000 exclusive ape avatar NFTs that each has different traits and attributes that are auto-generated.

Each ape’s attributes are ranked and they typically sell for more when the avatars have rarer attributes or a combination of attributes.

Once bought, these avatars act as both an investment and a ticket into the social club.

The apes are seen as a strong investment while the BAYC mania continues, although its future trajectory is unknown.

But for now, it looks like we’ll be hearing a lot more about BAYC, considering it’s signed major collaborations with Universal and Adidas, plus it is officially the most recognisable brand in the NFT.

A single woman done with dating apps embarked on a night out alone. She was left in tears