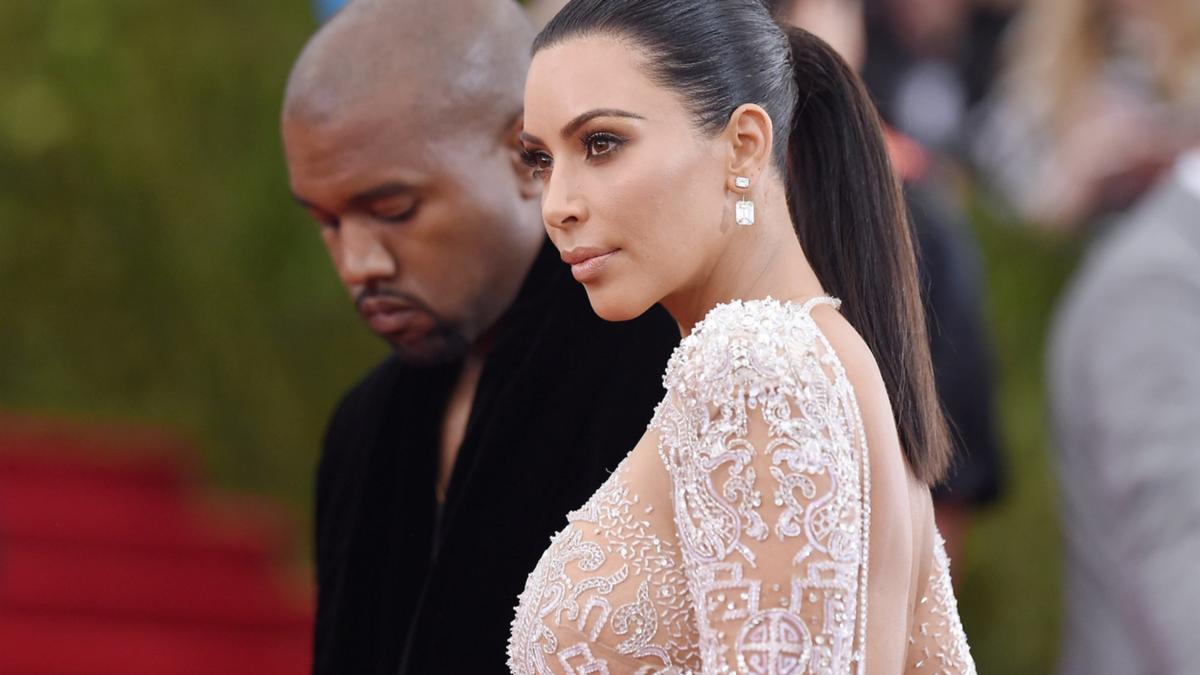 After his ongoing explosive rants on social media, Kanye West is finally “taking accountability” as he admits his posts “came off as harassing” his estranged wife Kim Kardashian.

In a refreshingly well-worded caption – free of caps locks and including full stops – Kanye signalled he may be turning a new chapter, after wiping his Instagram clean.

“I’ve learned that using all caps makes people feel like I’m screaming at them,” the statement began.

“I’m working on my communication. I can benefit from a team of creative professionals, organisers, mobilisers, and community leaders.

“Thank [you] everybody for supporting me. I know sharing screenshots was jarring and came off as harassing Kim.

“I take accountability. I’m still learning in real-time. I don’t have all the answers. To be a good leader is to be a good listener,” Kanye wrote.

The statement was posted with an image of Kanye, 44, standing alone on stage.

Kanye, who is currently undergoing a divorce from estranged wife Kim Kardashian, 41, first began these concerning posts in the months after they separated in early 2021.

It then came to a crescendo when Kim began dating SNL star Pete Davidson, 28, in the final months of 2021, prompting Kanye to share posts encouraging his followers to publicly harass Pete.

On Tuesday, Kanye released more screenshot messages with Kim, informing his followers to “not do anything physical to Skete [Kanye’s name for Pete], [he’s] going to handle the situation himself”.

Kim wrote in the screenshotted text message: “You are creating a dangerous and scary environment and someone will hurt Pete and this will all be your fault”.

In the second post shared on Tuesday, Kim thanked him adding, “there are dangerous people out there and this is scary and it doesn’t have to be”.

In the text conversation, Kanye responded: “I will always do everything to protect you and our family forever,” he added. “And I listened to you and told everyone to make sure nothing physical happens to Skete”.

In the most recent post, a frustrated Kim messaged her former partner asking “why can’t you keep any of our private conversations private???”

Kanye responded: “Cause I got a text from my favourite person in the world.

The posts come after the rapper was spotted at the Super Bowl on Monday.

Captioning a screenshot of current worldwide trends (Kanye at the number one spot), the father-of-four wrote in capital letters: “I didn’t wake up and fight for my family to trend over the Super Bowl.

“But it happened the Super Bowl brings families together,” he continued.

“For everyone married hold your spouse close, make sure they know how much you love and appreciate them because there’s a Skete lurking in every dirty a** alley waiting to help destroy your family and walk around in Calvin Kleins around your children sitting at the 50-yard line,” he wrote.

Kanye concluded the post with, “@kimkardashian always remember West was your biggest W”.

The internet has had quite the reaction to the latest round of posts by Kanye, with many growing tired of the situation.

“Kim Kardashian screenshotting Kanye’s Instagram today to take everything to court for full custody of their kids,” one fan tweeted.

“You need to stop,” and “stop yelling at me,” were some of the many comments flooding Kanye’s Instagram posts.

“Enough is enough. This is borderline harassment. It makes everyone uncomfortable. I was a huge fan of yours. I couldn’t get over your courage to proclaim your faith so boldly. But all of this recent activity is not full of love, it’s not full of peace or joy. It’s harassing another human being,” a concerned fan wrote.

Public sentiment towards Kanye appeared clear during the Super Bowl, where the rapper was booed alongside his two oldest children with Kim, North, eight, and Saint, six.

Despite some of his rap peers performing the half-time show, Kanye did not look too thrilled by the event.

After he removed a full-face black mask, his sullen expression was clear to see.