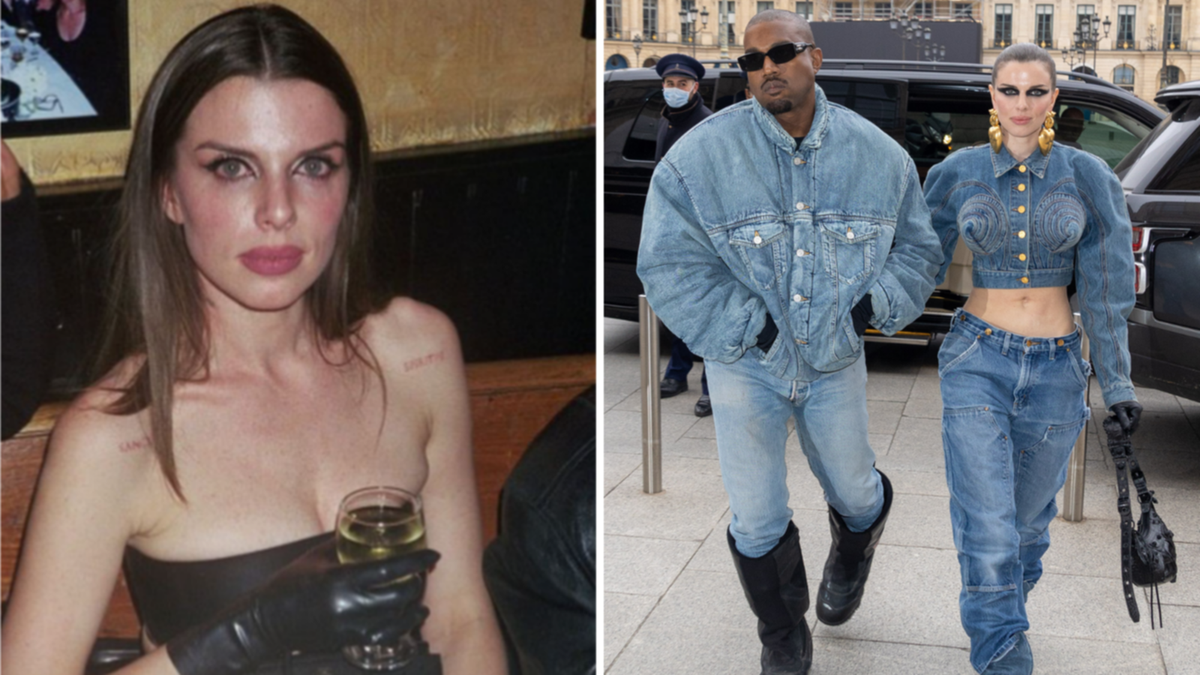 It looks like Kanye West’s short-lived romance with actress Julia Fox is well and truly over.

On Valentine’s Day, the girlfriend of Kanye – or “Ye”, as he likes to be known, did something pretty significant – and it wasn’t even slightly romantic.

WATCH THE VIDEO ABOVE: Kanye West booed at Super Bowl

Rather, she scrubbed all pictures of Ye from her social media accounts – and even liked a post by Kim Kardashian, Kanye’s ex.

It comes after Ye, 44, posted a flurry of messages to Instagram saying “I wish my wife were with me” and hankering for his fmaily to be reunited.

Ye was spotted looking miserable at the Super Bowl in Los Angeles on Sunday.

Embarrassingly, when a camera panned to show his face, the crowd booed.

Julia appears to have spent the weekend with her 13-month-old son Valentino with former husband Peter Artermiev.

She posted a video to her Instragram story of Valentino playing, adding the caption: “I’m the luckiest mommy!!!”

Ye and Julia were first seen out in public at the end of last year.

It’s understood they met in Miami on New Year’s Eve and were then photographed going out on several restaurant dates.

In January they appeared together in a steamy photoshoot for Interview magazine.

The couple also made high-profile appearances at various haute couture shows in Paris wearing outrageous outfits – but rarely smiling or looking happy together.

A source told E! News that Julia was losing the “energy” needed to maintain a relationship with the rapper.

“Julia is a mum first and her family and work obligations are in New York,” the source said.

“Ye did express he wanted her in Los Angeles, but she couldn’t take that on.

“Although they remain close, their relationship has evolved.”

The source added that Julia was “unbothered” by Ye’s pleas to reunite with Kim, saying she was “focusing on her friends and family right now and does not have the energy to put into a relationship.”

Do you recognise this world-famous celebrity from her throwback childhood snap?