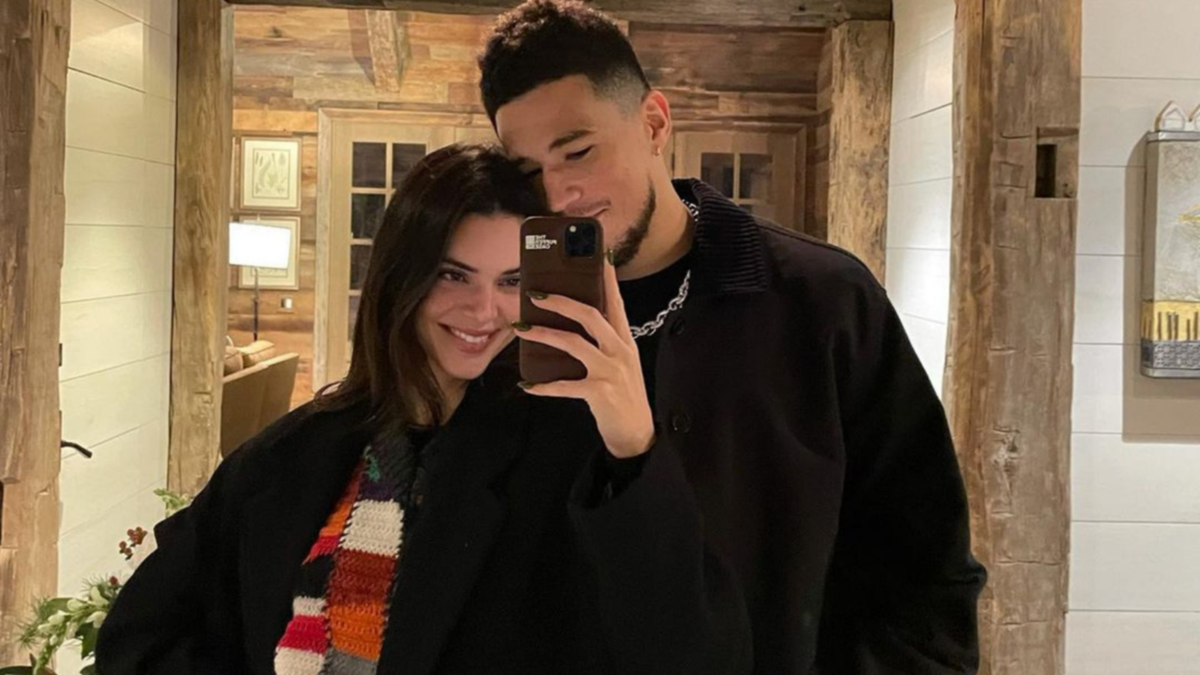 Kendall Jenner has reportedly split from her boyfriend, NBA player Devin Booker, after two years together.

The couple went public in June 2020 but “are not on the same page” after having a discussion about their future together, a source told Entertainment Tonight.

“Kendall feels like they’re on different paths,” the source said of the celebrity entrepreneur and the Phoenix Suns’ basketball star.

The couple kept a relatively low profile – in Kardashian terms, at least – but Jenner gave her social media followers the occasional insight into their relationship, via Instagram.

The pair was spotted at Kourtney Kardashian and Travis Barker’s wedding in Italy last month, and had previously headed out on double dates with Justin and Hailey Bieber.

In sweet New Year’s Eve pictures, the couple could be seen cosying up together during a romantic getaway.

“Spent New Years by a fire,” Booker, 25, captioned one photo of he and Jenner in front of an open stone fireplace.

“My weekend,” 26-year-old Jenner wrote, showing a picture of two pairs of feet next to an open fire.

But it seems the romance is over – for now.

The source told Entertainment Tonight that Jenner was open to the possibility of a reconciliation down the track.

Jenner was dating Simmons and Woods was dating Booker – and then Booker and Jenner fell for each other.

They were spotted together in Arizona in April 2020 and went public as a couple soon afterwards.

As recently as January this year, an insider had told Entertainment Tonight the pair was “in a really great space”.

“They get along so seamlessly and have really fallen hard for one another,” the source said.

“They love that they can genuinely be themselves around each other.

“It takes no effort and things are easy. They both love that.

“Kendall’s family loves Devin and think he is super talented. They think he is just the type of guy Kendall needs.

“He is athletic, sweet, fun and still a gentleman.”

Eagle-eyed fans had noted something was possibly amiss when neither Jenner nor Booker noted their two-year relationship anniversary on social media.

Several days ago, the rumour mill went into overdrive when Jenner shared a photograph to her Instagram Stories of herself having dinner with 30-year-old model Fai Khadra.

Khadra has regularly popped up on the Kardashians’ social media platforms and has been part of their social circle for a while.

The Palestinian model has frequently been photographed hanging out with the Biebers as well as model sisters Bella and Gigi Hadid.

Last Sunday, Jenner was photographed in Malibu having a “beach day” with the male model.

Jenner was wearing a tiny purple bikini top and white shorts as she walked her puppy Pyro with Khadra.