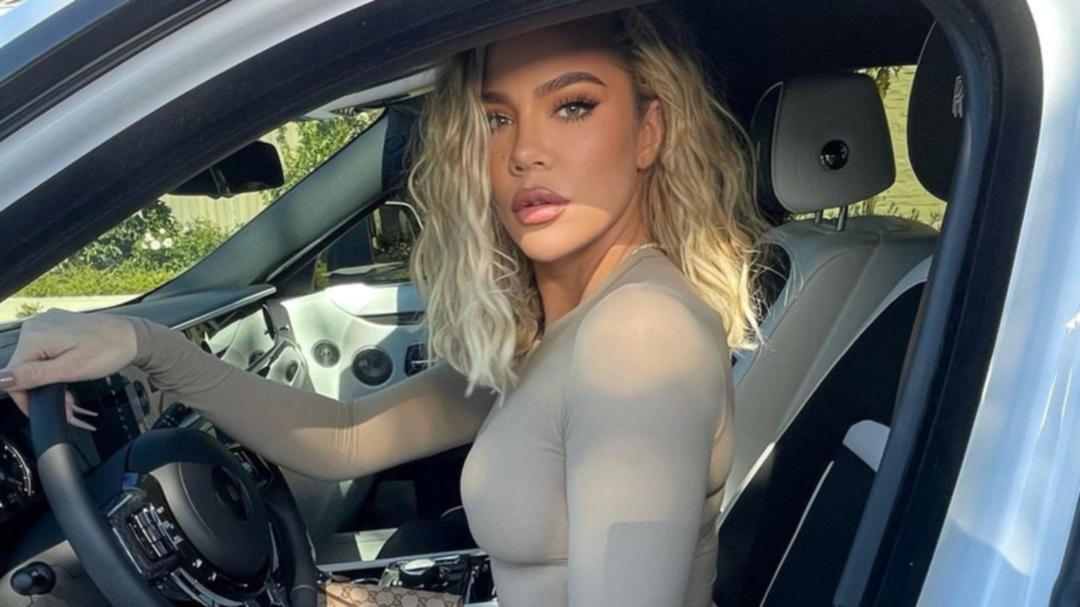 Khloe Kardashian has had enough of all the “chicken feet” jokes.

In case you’re not across the controversy, the reality star has been mocked online after viral memes compared her hands to “chicken’s feet”.

WATCH IN THE VIDEO ABOVE: Khloe Kardashian sparks a shopping frenzy after plugging an Australian brand’s hair gadget.

After enduring a slew of inappropriate comments Khloe has finally responded – in sassy style.

Internet trolls first started pumping out their vitriol when Khloe shared a series of images of herself posing in and around a car on Instagram.

She wrote alongside the series, “betrayal rarely comes from your enemies”.

The cryptic post is believed to be a subtle dig at her ex-partner Tristan Thompson who recently admitted to fathering a child with another woman while he was still dating Khloe.

While the Good American business owner was praised by those in her close circle, such as Scott Disick and Jen Atkin, for the post, followers honed in on an entirely irrelevant detail.

They could not get past the appearance of Khloe’s hands in the picture – quickly comparing them to “chicken feet”.

The trolls first pointed out a “colour difference” between Khloe’s face and hands.

“KHLOE PLS you could at least tan your hands too,” one commenter wrote.

This quickly escalated and the photo soon went viral.

Khloe originally chose not to acknowledge the viral memes, instead sharing a new photo to Instagram where her hands were not visible.

The photo promoted her clothing brand Good American and showed a topless Khloe with her arms crossed and hands concealed by her hair.

Followers quickly assumed the absence of Khloe’s hands was on purpose, as one fan commented: “Why are you hiding those gorgeous hands?”

“We ain’t ever going to see her hands again,” said a second followed by, “she’s not showing her hands after y’all tore her up”.

Khloe eventually acknowledged the comments and denied that she had been concealing her hands purposefully.

Since the reply on Tuesday, the comment has racked up over 3,000 likes and comments supporting the 37-year-old.

“Khloe please don’t let the rude comments bother you! You are beautiful,” one said.

Khloe has previously shared to Instagram the toll the constant negative comments take on her: “In truth, the pressure, constant ridicule and judgment my entire life to be perfect and meet other’s standards of how I should look has been too much to bear,” she confessed back in April 2021.