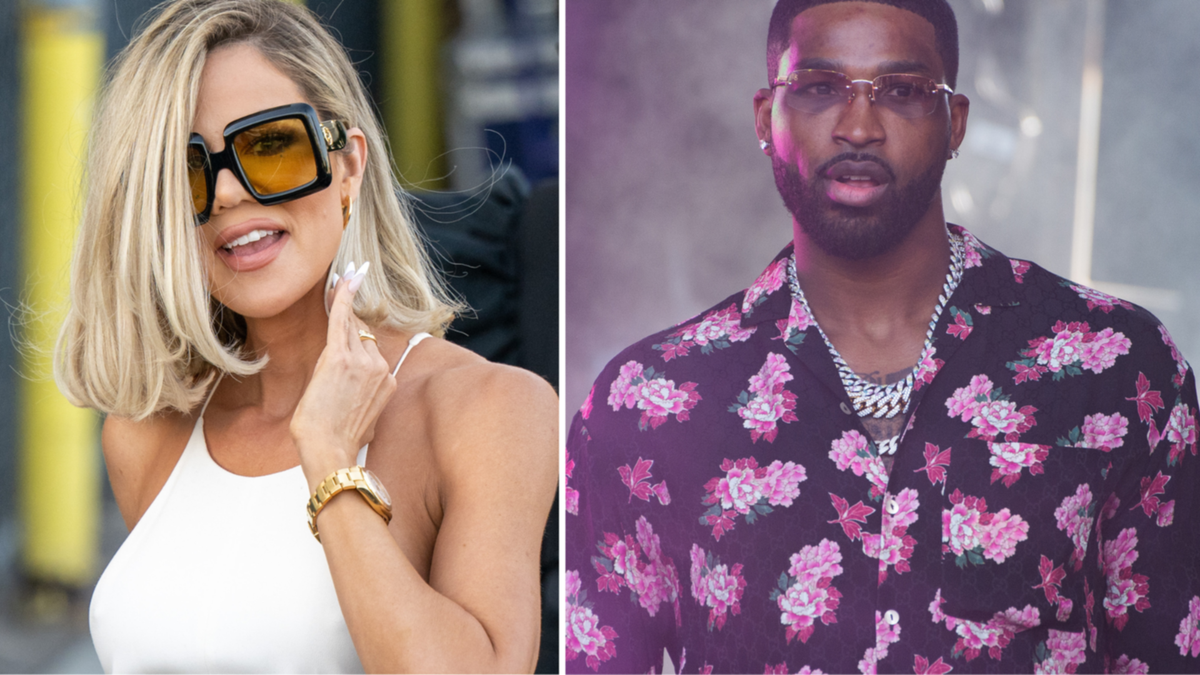 Tristan Thompson has been spotted partying in Mykonos as his ex, Khloe Kardashian, prepares for the arrival of their child via surrogate.

The baby is reportedly due any day now but so-called “love rat” Thompson, 31, spent the weekend hitting up the clubs and hanging out with various women on the popular Greek island.

He was seen busting some moves at Bonbonniere nightclub in the early hours of the morning, TMZ reports.

One Twitter user posted footage of the NBA star outside a cabaret club on the island called Lio Mykonos.

“Randomly walked by Tristan Thompson in Mykonos but shoutout @khloekardashian whole world’s on your side,” Gregg Torlone wrote, clearly aware that a baby was due back in the US.

Meanwhile Kardashian, 38, who split up from Thompson after his cheating with other women was exposed, is getting ready for their little boy’s arrival.

Thompson and Kardashian share a daughter, True, but the basketballer also has two other children to two different women.

But it’s understood she has no desire to get back together with him as a couple, after he cheated on her with Nichols.

A source told People that Thompson was “great with True” and “Khloe wants him involved as much as possible” when the new baby is born.

However, the pair haven’t actually spoken to one another since December “outside of co-parenting matters,” the source added.

The baby was conceived prior to the news that Thompson had fathered a child with Nichols in June last year.

A representative for Kardashian released a statement confirming the child would be born via surrogate.

“Khloe is incredibly grateful to the extraordinary surrogate for such a beautiful blessing,” the statement read.

According to E! News, Kardashian kept the baby a secret until recently because she feared being judged.

“Khloe kept the pregnancy a secret to protect surrogate privacy and safety and to protect her mental health from judgement from the public as a result of Tristan’s actions,” a source told the outlet.