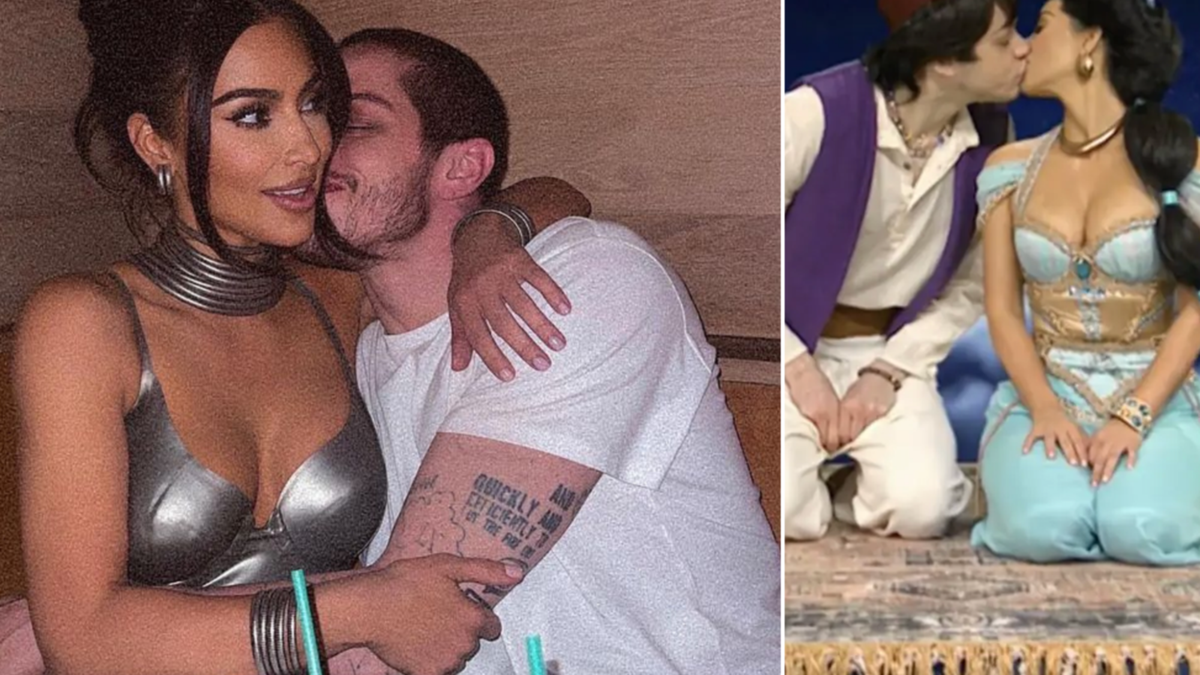 Kim Kardashian has recalled feeling a “zing” as she kissed boyfriend Pete Davidson for the first time on Saturday Night Live (SNL).

In a recent podcast interview, Kim recalled first meeting Pete at the Met Gala in September 2021, around the same time she was about to sign on to host SNL.

In the video above, Pete Davidson got Kim Kardashian’s name branded on his chest

“He came up to me, and we were talking about SNL, and I was like ‘they better hurry up and announce it because I will not back out once they announce it, but I’m so nervous’,” Kim said on the podcast Not Skinny but Not Fat.

“And he gave me good advice and said ‘take my number if you need anything’.

“And I had gloves on and I couldn’t give him my phone with the gloves, and I was like, ‘Oh I have gloves’ and he was like ‘Okay cool,’ and he walked away.

The pair did not officially meet until Kim arrived on the set of SNL, a month later.

“He was the one cast member who wouldn’t sign off to be filmed, so he wasn’t there until the day of,” Kim said, referring to her crew that was filming her reality show The Kardashians.

“So I didn’t see him all week during rehearsals, nothing.

Kim told podcast host Amanda Hirsch that when she and Pete kissed for the skit they were performing, “I was just like, ‘Hmm’.

“But, yeah, it was a stage kiss, but it was, like, still like a little zing, you know?” Kim said.

“And then I was like, ‘Wow, I really haven’t kissed anyone else in 10 years,” Kim said, referring to her lengthy marriage to ex Kanye West, 44.

Kim said that several days later she thought, “I just got to get myself out there.”

She revealed that following the show, Pete was the only cast member not to attend the SNL after-party.

So their first meeting was “private”.

“[We] privately hung out first. I didn’t think our first date, even if we liked each other, would be so public holding hands on that ride,” Kim said.

The Skims founder is referring to the couple’s date in late October to theme park Knott’s Berry Farm in Buena Park, California.

A photograph was leaked of the pair holding hands on a rollercoaster and sparked worldwide rumours that Kim and Pete were dating.

“My security turned off the cameras, we made sure those pictures wouldn’t be up, so it was pretty shady,” Kim said.

“I don’t know who, I’m not accusing anyone, but it was probably someone that was just there, I’m assuming because they had every single one, every ride.

“So it had to be someone that had access to the camera of every single ride.”