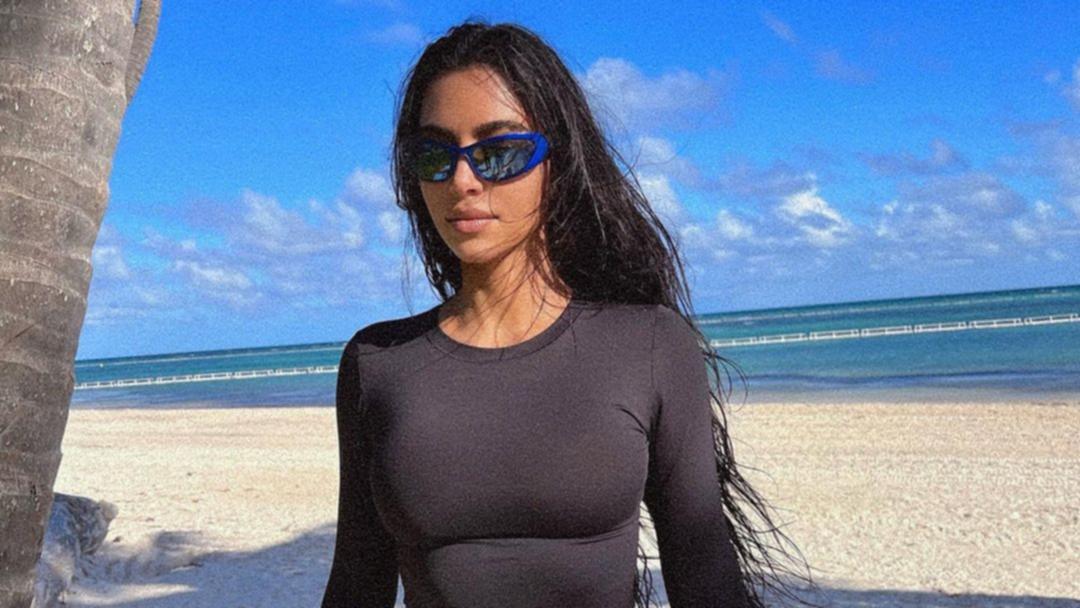 Kim Kardashian was quick to erase a bikini snap she shared on Instagram after eagle-eyed fans appeared to spot a photo editing fail.

The Keeping up with the Kardashians star could be seen sporting bikini bottoms and a long-sleeved shirt – both in black – as she strolled down a beach. She captioned the snap, “long time no sea”.

WATCH IN THE VIDEO ABOVE: Kim’s daughter North West catches her in an awkward moment

Kim pouted and struck a peace sign as she wore her trademark shades and carried a metal water bottle.

But fans weren’t interested in these details, because viewers were immediately drawn to Kim’s right knee which appeared warped.

Comments from fans included questions and remarks such as, “babe is your leg okay,” “Kim what happened to your leg?” and “Kim, Kim, Kim … Your right leg is, uh …”

Another wrote: “I cannot believe #KimK has the power to delete one of her pictures of many on a post. Because it was wrongly Photoshopped!!! That picture isn’t there anymore! I want that power.”

The image was swiftly deleted, however, a fan account managed to screenshot the original.

The photo is believed to have been taken when Kim was in Barbados with boyfriend Pete Davidson earlier this month.

They enjoyed some time together, considering Pete lives on Staten Island, and Kim lives in Los Angeles with her four children.

“Kete” – as fans are now calling the relationship, seemingly confirmed rumours after Pete was spotted sporting a hickey following a dinner date with Kim.