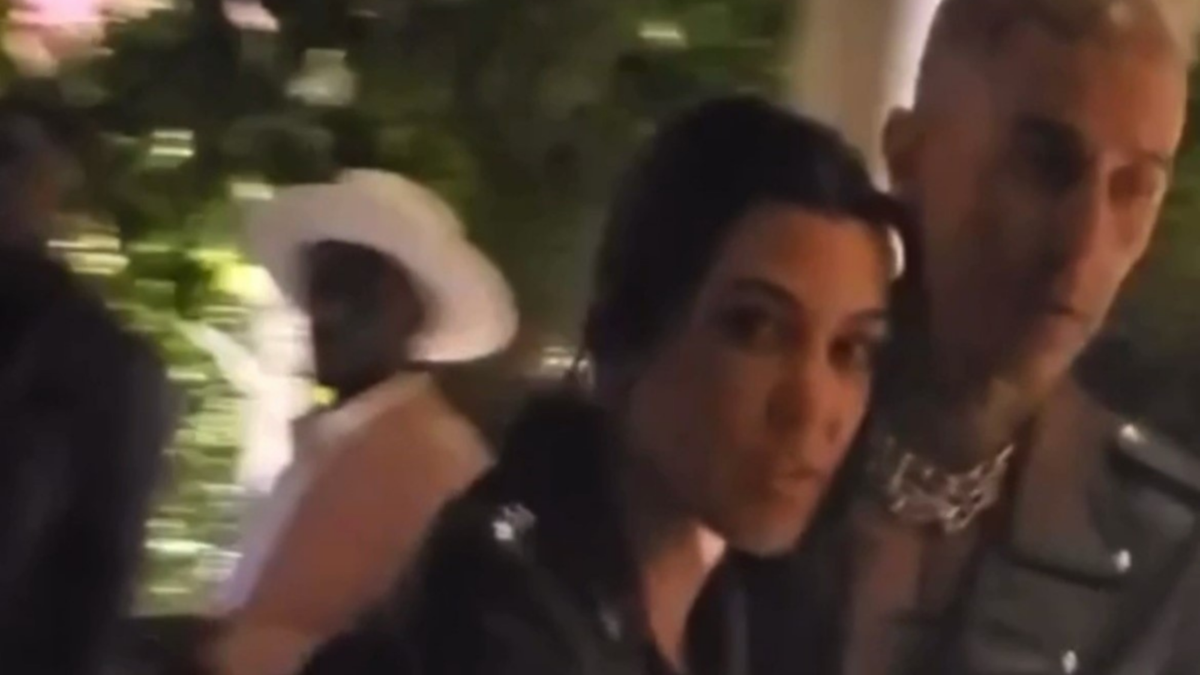 Kourtney Kardashian and Travis Barker have been secretly married – by an Elvis impersonator following the Grammys.

The couple wed in a secret ceremony in a Las Vegas chapel about 1.30am on Monday, with the wedding party comprising just four people.

WATCH IN THE VIDEO ABOVE: Kourtney Kardashian and Travis Barker have reportedly got married in Las Vegas

Kourtney, 42, and Travis, 46, were seen arriving at the Wynn Hotel in Las Vegas, with Kourtney being supported by her new husband.

The couple tied the knot at One Love Wedding Chapel and did not allow the venue to take photos, bringing their own photographers and security, TMZ reported.

But a source later confirmed they did not obtain a licence, so the marriage is technically not legal.

This will not be the only ceremony to mark the happy couple’s union – they reportedly plan “several” other celebrations with family and friends.

One Love Wedding Chapel owner Marty Frierson told People: “I didn’t know who it was until they pulled up.

“I advertise as 24-hours but they wanted to make sure I was still there. They paid and they requested Elvis Presley, which was mandatory.

“I called back five minutes later and was like, I got an Elvis, and there they were.”

Marty said the wedding party was a total of four people, with the guests documenting the moment on their phones.

“They came, got married, tossed the bouquet in the driveway and danced to Elvis,” the owner went on.

“There was a lot of that – kissing and hugging. They barely came up for air! They just seemed totally in love.”

The One Love Wedding Chapel is only 10km from where the Grammys took place at the MGM Grand Garden Arena.

The marriage is Kourtney’s first and Travis’ third.

Kourtney and Scott have three children, Mason, 12, Penelope, 9, and Reign, 6.

The children are set to become a part of the Kardashian-Barker blended family with Travis’ three kids, Atiana De La Hoya, 23, Landon, 18, and Alabama, 16.

Atiana is not Travis’ biological child but he helped raise her and she remains a firm part of his family.

None of the children seemed to be in attendance at the Vegas wedding.

Prior to the wedding, at the Grammy Awards and after party, Kourtney and Travis stacked on the public displays of affection, unable to keep their hands off each other.

They were seen passionately kissing on the red carpet, surrounded by cameras and their entourage, and during the ceremony.

Throughout the awards show, Kourtney was beaming as she watched her future husband perform onstage with H.E.R. and Lenny Kravitz.

Kourtney and Travis were engaged in October 2021.

During a proposal on Montecito beach in California, the couple was surrounded by roses that spelled out their initials K and T.

Major move in lead up to Brooklyn Beckham’s $5.2 million wedding