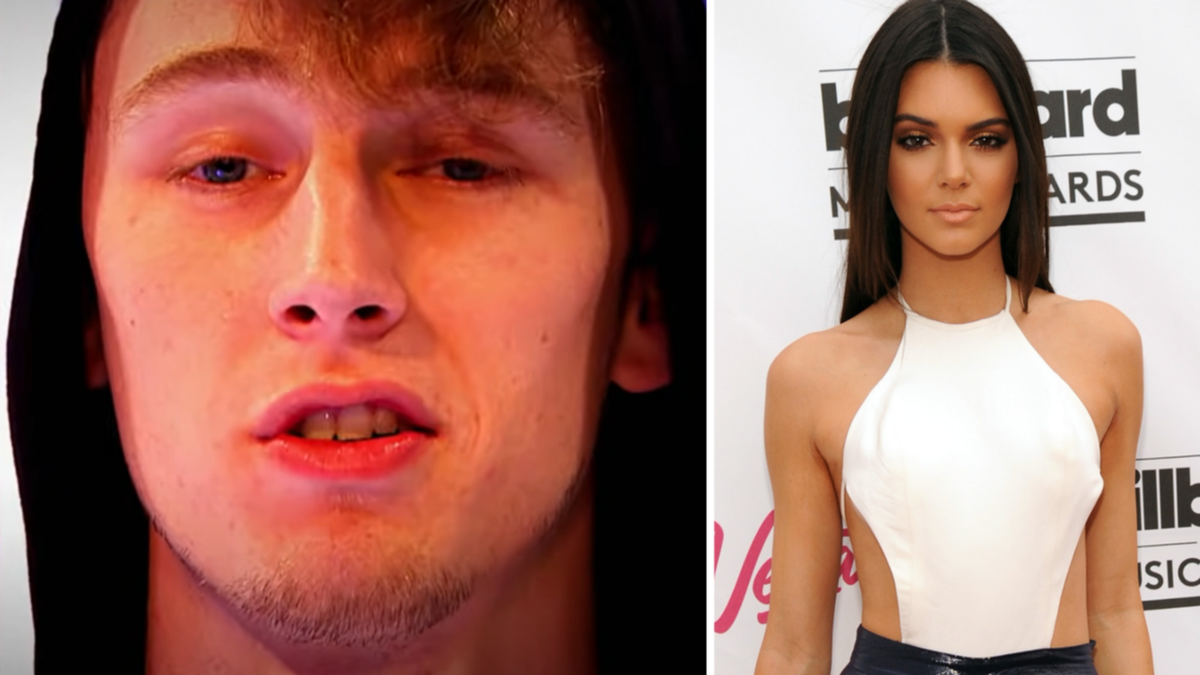 Machine Gun Kelly made headlines for asking Megan Fox to marry him, after which the pair “drank each other’s blood” in celebration of her answer – “yes”.

But years before he popped the question, Kelly was publicly pining for a then 17-year old Kendall Jenner.

WATCH IN THE VIDEO ABOVE: Machine Gun Kelly On His Kendall Jenner Crush

An interview with Fuse TV from 2014 has re-emerged showing MGK, then aged 23, detailing his “celebrity crush”.

The rapper – who is good friends with Travis Barker and Kourtney Kardashian – responded: “I don’t care who my first celebrity crush was because right now it’s Kendall Jenner.

The interviewer asked if he was “counting down the days until she was 18?”

MGK shut down the question, telling the interviewer he wanted to “go now. I’m 23 dog… I’m not like a creepy age you know.”

The budding rapper went on to reference examples of famous men who dated underaged women.

He referred to Robert Plant, lead singer of Led Zeppelin who dated a 14-year-old girl along with Axl Rose from Guns N’ Roses who dated a 16-year-old.

“I don’t care. Say what you want man. If Kendall Jenner was in your bedroom naked and you’re 50, you’re going,” he added.

At the time, Kendall was rumoured to be dating fellow teenager Harry Styles and her modelling career was on the rise.

MGK went public with his romance with Meghan in July 2020, after they met on the set of the movie Midnight in the Switchgrass.

Sharing a black-and-white mirror selfie, he said he “waited for eternity to find you again…” – a reference to Bram Stoker’s Dracula.

Their engagement could be considered a full circle moment for MGK, who shared last year that he had a poster of his wife-to-be hanging in his bedroom as a teenager.

Touching on the ring he designed for Meghan, MGK told Vogue, “And you see this right here? The bands are actually thorns.