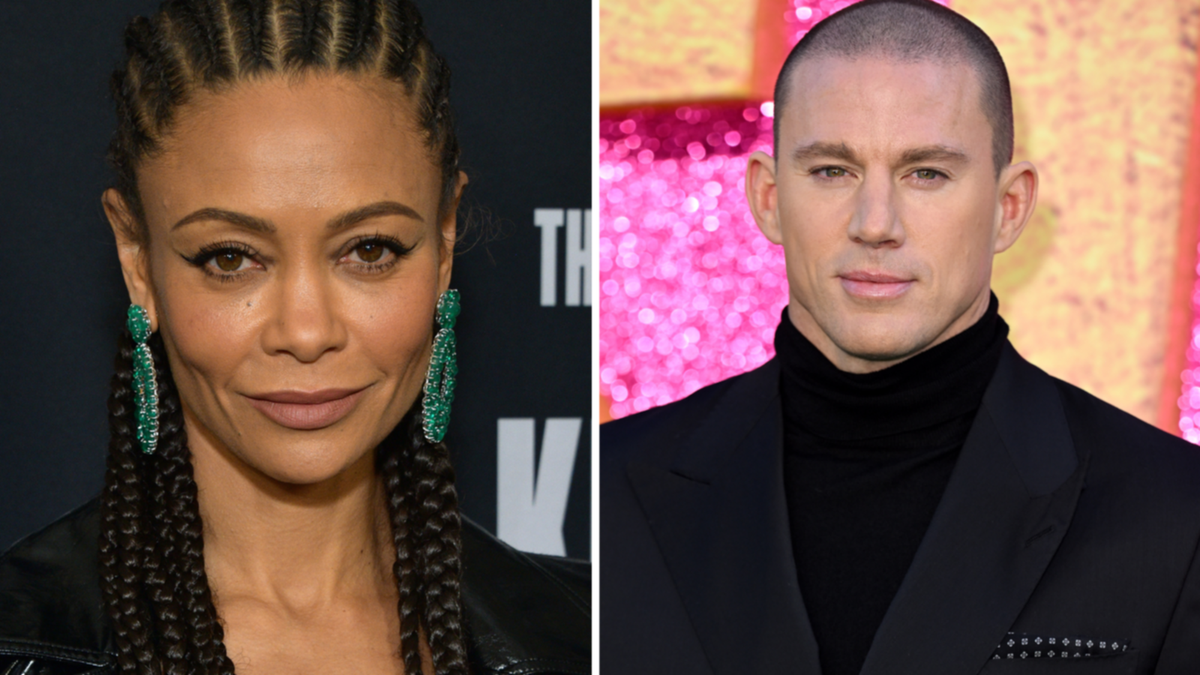 It’s the Oscars moment that’s had everyone talking – was Will Smith slapping Chris Rock on stage acceptable or not?

Everyone has their opinion, but an argument between co-stars Channing Tatum and Thandiwe Newton on the set of the new Magic Mike film has seen the latter make a permanent exit.

IN THE VIDEO ABOVE: Channing Tatum talks about his ‘unhealthy’ Magic Mike body

Thandiwe and Channing got into a heated argument about “the slap” on the set of Magic Mike’s Last Dance, The Hollywood Reporter states.

Witnesses said the argument got out of control and escalated to “astonishing” levels, with Channing eventually driving off set.

Production was put on hold and Thandiwe’s role was recast, with Salma Hayek announced as her replacement.

“Thandiwe Newton has made the difficult decision to step away from the production of Warner Bros. Pictures’ Magic Mike’s Last Dance to deal with family matters,” a Warners spokesperson said in a statement.

It’s understood Thandiwe is planning to sue Warners over the debacle – which seems to suggest she might have been fired rather than choosing to “step away.”

Sources told The Sun that the on-set argument was “unimaginably vicious” and that Thandiwe’s position on the film was “untenable” after the bust-up.

One insider told the publication that the pair were arguing about Will Smith on the London-based set.

“Channing Tatum is the producer and number one on set. Thandiwe Newton is the number two star,” the source said.

“But 11 days into shooting and it’s all over.

“They fell out over the debacle at The Oscars.

“I was on set. I watched her and watched him.

“They were in and out of the house where we were filming having this confrontation.

“It was a tense exchange of words, but suddenly it escalated – Channing got into this car and he disappeared.

“After the row he just went, ‘I am not working with her anymore’.

“Him being a producer, it’s his movie, so she’s off the movie.

“She’s gone. Everything we’ve shot for the last 11 days has to be reshot with a new cast member.”

It’s not known which “side” the actors were taking in relation to Will Smith’s controversial actions.

Magic Mike’s Last Dance is the third installment in the hugely successful film franchise about a group of male strippers.

It broke Channing into the Hollywood mainstream and he has since amassed a legion of adoring fans.

He has gone on to appear in several other Hollywood films, including 22 Jump Street, The Lego Movie and The Lost City.

Thandiwe, who has reverted from Thandie to the original Zimbabwean spelling of her name, has had a long and successful film and TV career, including roles in Interview with the Vampire, Mission: Impossible II, Line of Duty and Westworld.

It’s understood that production delays resulting from Thandiwe’s exit and recasting could be costing freelance film crew members up to $7000 in lost work.

Neither actor has made a public statement on the falling out.

Hailey Bieber’s desperate plea on TikTok: ‘Be miserable somewhere else’