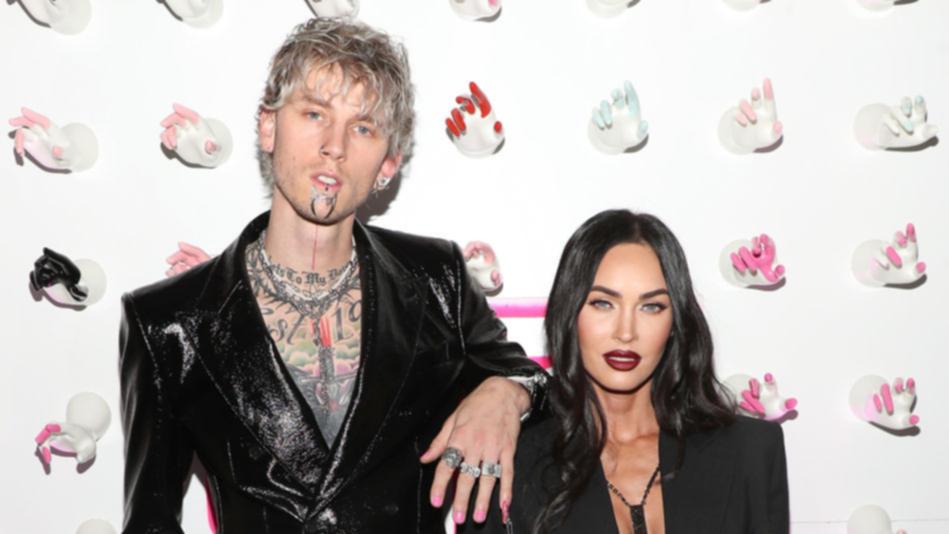 Actress Megan Fox would like to clear up what people think about her and rapper fiancé Machine Gun Kelly drinking each other’s blood.

WATCH IN THE VIDEO ABOVE: Megan Fox and Machine Gun Kelly drink each other’s blood

“It’s just a few drops, but yes, we do consume each other’s blood on occasion for ritual purposes only.”

Megan is on the cover of the April issue of the magazine and said she’s into astrology, metaphysical practices, meditations, as well as new and full moon practices.

When she and Kelly do a blood ritual, she said, for her “it’s a passage or it is used for a reason.”

“And it is controlled where it’s like, ‘Let’s shed a few drops of blood and each drink it’,” Megan said.

“He’s much more haphazard and hectic and chaotic, where he’s willing to just cut his chest open with broken glass and be like, ‘Take my soul’.”

Meanwhile, Megan became emotional during the interview speaking about her three sons and how she talked to them about gender identity.

Her oldest, Noah, started wearing dresses when he was two years old, she said.

According to Megan, she said she “bought a bunch of books that sort of addressed these things and addressed a full spectrum of what this is”.

“Some of the books are written by transgender children,” she said.

“Some of the books are just about how you can be a boy and wear a dress; you can express yourself through your clothing however you want.

“And that doesn’t even have to have anything to do with your sexuality,” she said.

“So from the time they were very young, I’ve incorporated those things into their daily lives so that nobody feels like they are weird or strange or different.”

Megan says she keeps her children off of social media, which she thinks is “sinister”, adding that she has accounts that someone runs for her.

Prince Andrew is facing fresh humiliation. The disgraced royal has been stripped of another title