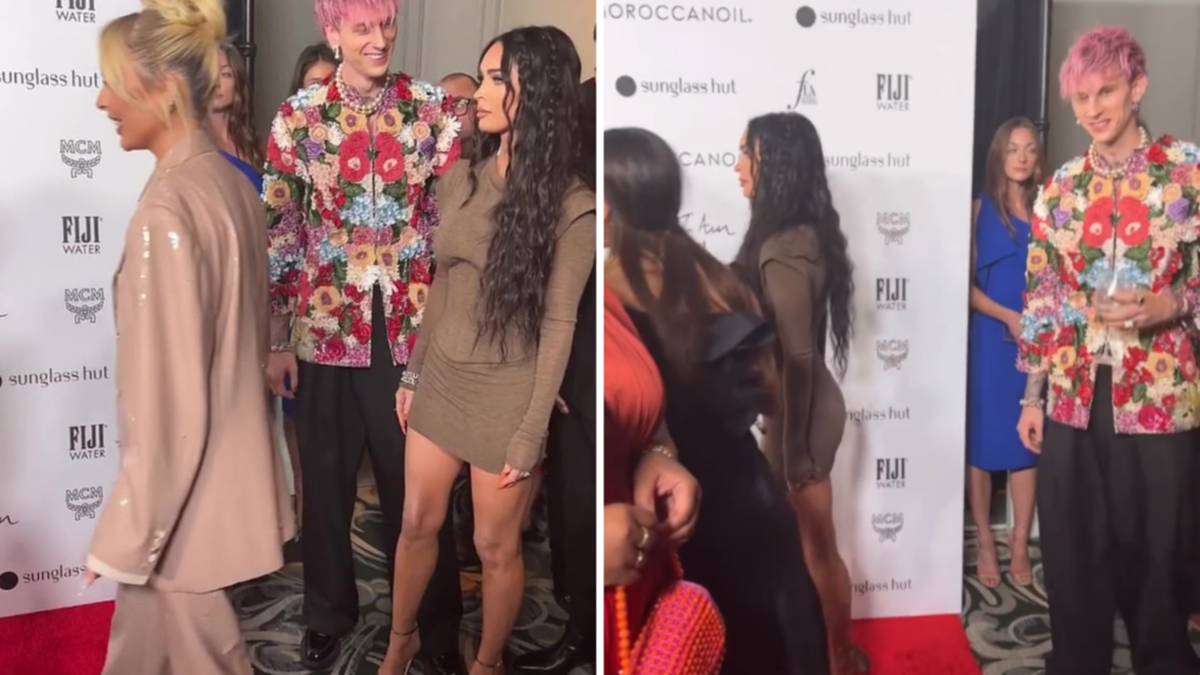 These days we’re used to celebrities locking lips and smooching passionately on the red carpet.

But when Megan Fox’s fiancé, Machine Gun Kelly, tried to give her a kiss on the red carpet at the 2022 Daily Front Row Fashion Awards last weekend, she wasn’t having a bar of it.

This is the couple who only recently got engaged – with a much-publicised Puerto Rican proposal in January – but already there seems to be trouble in paradise.

As they stepped onto the red carpet at the Los Angeles event on Sunday, a smitten-looking (and very colourfully dressed) Machine Gun Kelly put his arms around Megan’s waist and tried to kiss her neck.

But a stony-faced Megan pulled her head away, looking unimpressed – and a crestfallen MGK was left looking red-faced and a tad embarrassed.

The vision was captured by shoe fanatic site Footwear News’ Instagram page, where it attracted some amusing comments.

“Honeymoon period is over, reality sets in,” one person wrote.

“She wanted nothing to do with him lol,” another observed.

“Megan not here for his shenanigans.”

“This was awkward lol but I love this look on her!” one person wrote, alluding to Megan’s bodycon brown dress.

“Omg looks like a break-up is coming,” another speculated.

It was a far cry from the couple’s loved-up announcement of their engagement in January and recent public displays of affection.

On January 13, Megan posted footage of Machine Gun Kelly proposing to her.

“And then we drank each other’s blood.”

Many sentimental Instagram posts followed, with the 35-year-old actress and 31-year-old musician looking utterly smitten with one another.

But this recent video has fans of the couple wondering.

Was it just a bad day, or a sign of deeper problems?

Others had a more light-hearted take on the situation.

“It’s the shirt, right? She hates his shirt,” one person joked, while another wrote: “She’s p***ed he dressed like a clown, and she’s hangry.”

Simon Cowell admits he went ‘too far’ with Botox: ‘Like something out of a horror film’