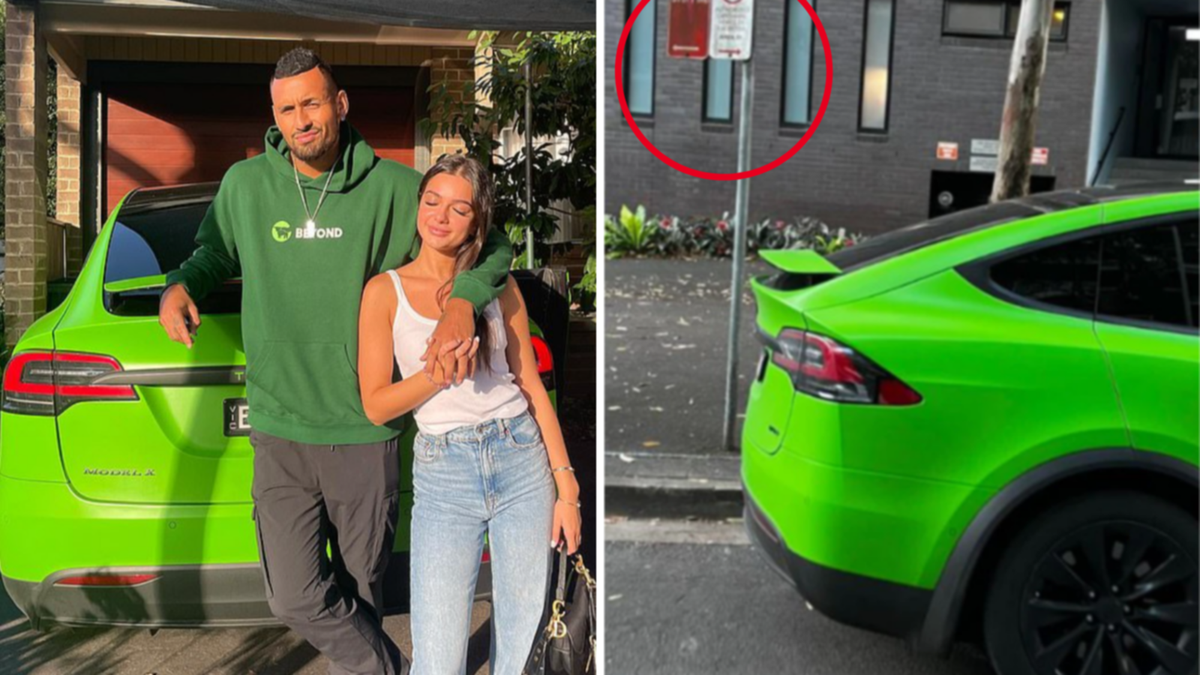 Nick Kyrgios has been called out by an irritated resident after the tennis star’s “entitled” parking habits in a Sydney suburb.

Taking to Facebook, the resident posted a photograph of a bright green Tesla Model X parked in Zetland on Tuesday.

The car, which belongs to Kyrgios – although he is not named in the Facebook rant – is parked in a car share zone “almost nightly”, the resident writes.

“Looking for some advice here, it’s a tricky one. We have a car share allocated spot right out the front of our apartment building,” the resident said.

“Recently a very well known … tennis player has decided that he is somehow entitled to park in it with his own vehicle.

“I don’t want to name and shame the guy but he’s very famous and parks in this car share space almost nightly, meaning that anybody that has a Go Get or Car Next Door vehicle has no option to park there.

“The other night our friends had to park their Car Next Door vehicle illegally behind him as he had parked his car in the dedicated car share space?

“Should I just let this guy go because he’s an elite athlete?

“Not that a $400 fine’s going to impact his bank account by any means, but it’s more based on principle and setting a good example.

“No doubt I’ll get a few trolls on here but I just thought it a reasonable question to put forward on this group.”

Kyrgios has posted numerous pictures of himself and girlfriend Costeen Hatzi posing in front of the exact same car to his Instagram page.

That the car belonged to the Aussie tennis star was confirmed by Costeen’s sister Mary, who responded to some of the angry comments.

“Hey all, to be fair he didn’t realise it was a car share spot,” she wrote.

“He parked there to allow other car spots for those who can’t find parking in the area.

“Nick understands and will move his car.

“Thank you for all your kind messages.”

Not everyone on Facebook was ready to attack Kyrgios’ parking manoeuvre.

“WOW a lot of angry vicious people in Zetland,” one person wrote.

“There are any number of people parking illegally in the area.

“Don’t see this kind of vitriol directed at them?”