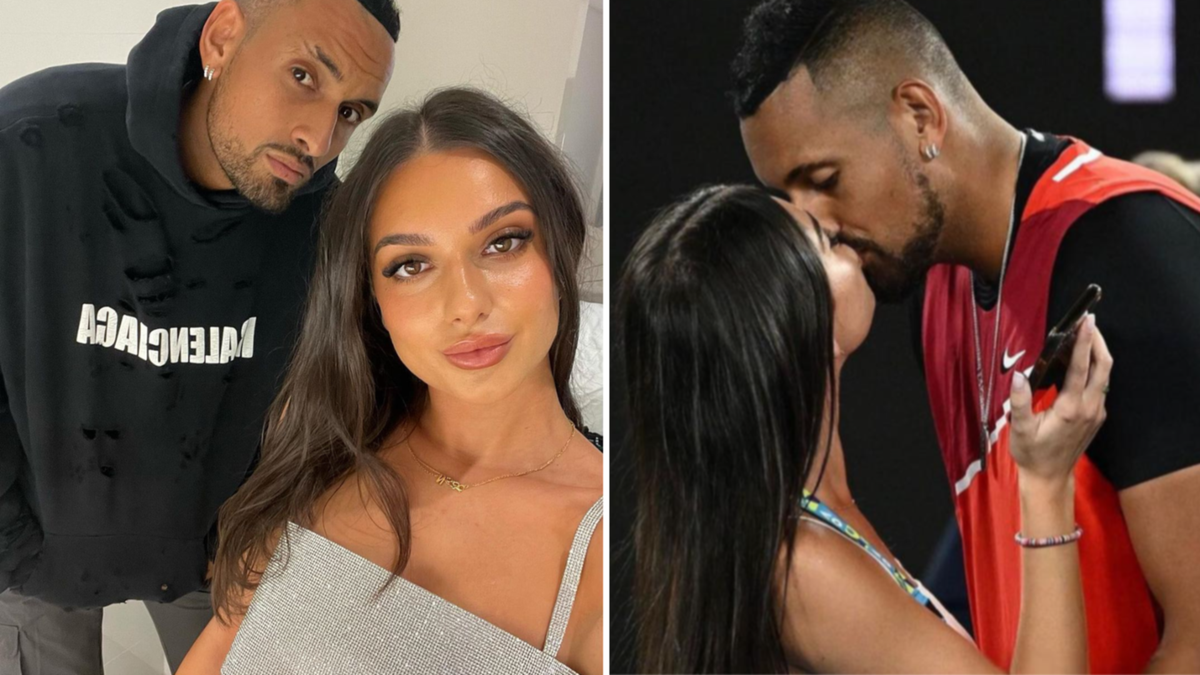 Is Nick Kyrgios planning on being a Tennis Daddy sometime soon?

If a recent story posted to his Instagram account is anything to go by, the answer is yes.

Everywhere the couple go, they look incredibly loved up, and Kyrgios has credited Hatzi with making his life a whole lot better.

Recently, Kyrgios invited fans to ask him questions via Instagram, and he would respond to as many as he could in a session he called “NK Honesty.”

One user – who appears to be Hatzi herself – posted, “I love you when are we having babies.”

Kyrgios posted a simple response: “Next year,” adding two emojis – a pair of eyes and a wedding ring.

The pair recently spent time on holiday in the Bahamas, soaking up the sun and enjoying the local beaches after Kyrgios’ four-set loss to Novak Djokovic in the Wimbledon men’s final.

Kyrgios has been open about the good influence Hatzi has had on him.

“She is the funniest person I know, we literally laugh 95 per cent of the time, I feel as if she brings out the best in me,” he wrote in an Instagram Q&A earlier this year.

He also said he knew Hatzi, a university graduate and aspiring influencer, was “the one” when they met.

The pair sparked engagement rumours after Hatzi was spotted wearing a ring on her ring finger.

Kyrgios’ manager denied they were engaged, but Kyrgios fanned the flames of speculation by posting a picture of himself with Hatzi and the caption “very soon” alongside a heart and wedding ring emoji.

“My babe. We had a great week. We move forward together,” he wrote in another post along with a diamond ring emoji.

On her 22nd birthday earlier this year, Kyrgios described Hatzi as “the most amazing person I’ve ever met.”

“You’ve been the biggest blessing in my life and I’m so incredibly thankful that I get to call you my best friend,” he wrote.

“No matter what we do, I always get excited because I know that we are going to make every little moment enjoyable.

There is nothing I love more than being able to make you laugh and seeing that amazing smile of yours.

“I cannot wait for all our adventures, big or small, or around the world.”

He also revealed he had had the name ‘Costeen’ tattooed on his thigh.

“The vibes are always good there. You know my team at the moment, I have never felt this clear.

“Mentally I feel so happy.”