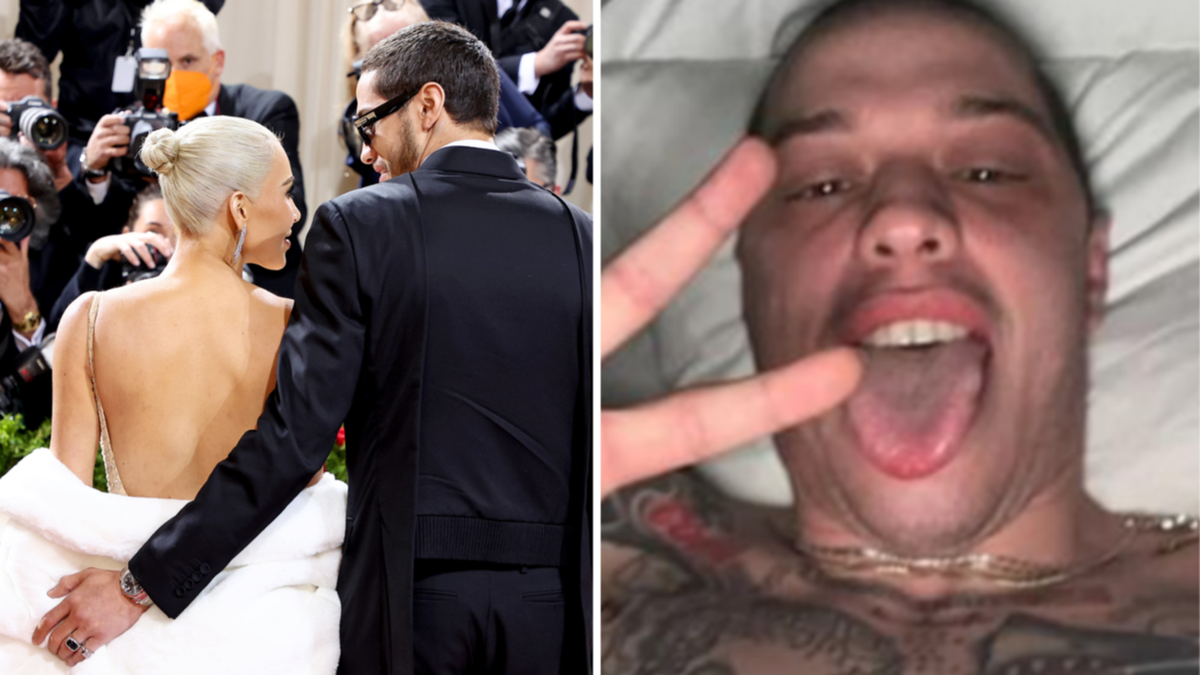 Comedian Pete Davidson has reportedly got a tattoo on his neck featuring the initials of Kim Kardashian’s children.

Photographs of Davidson and Kardashian in a car, when blown up and posted on the TMZ website, appeared to show the letters KNSCP near the top of his collarbone.

WATCH THE VIDEO ABOVE: Kim Kardashian gifted a lock of Marilyn Monroe’s hair

Speaking to TMZ, US actor D.L. Hughley took a swipe at Davidson, saying “that would p*** me off” if he were Kanye.

“I think it’s his body, his woman, but those are Kanye’s kids,” Hughley told TMZ.

“The father’s alive, he’s a good father, he’s taking care of these kids.

“It’s none of my business, but if you tattoo my kids’ name on your neck, I’d have something to say about it.”

The actor went on to describe the tattoo as “antagonising.”

“Listen, nobody’s telling you you can’t live your life,” he said.

“If that’s your woman, you have a good time.

“But if you put that man’s kids on your neck, that’s antagonising.

“That’s out of pocket for me.”

Hughley went on to say it wasn’t exactly as if Kanye West was an “absentee father.”

“He’s a good father … and you know the stuff that’s going on, you already know that it’s a volatile situation,” he said.

“Do you think that’s going to help?”

Kardashian, 41, and Davidson, 28, have been dating since October last year.

Davidson already has Kardashian themed tattoos on his body, including the words “My Girl Is A Lawyer” on his clavicle and “Kim” on his chest.

“He has a few tattoos, a few cute ones that he got,” Kardashian told Ellen DeGeneres in March.

“My favourite one says, ‘My Girl Is A Lawyer’.”

The couple’s most recent public appearance was at the Met Gala in New York on Tuesday, at which Kardashian donned the dress Marilyn Monroe wore to sing “Happy Birthday, Mr President” to John F. Kennedy in 1962.

Kardashian received backlash after saying she went on a strict crash diet in order to fit into the dress.