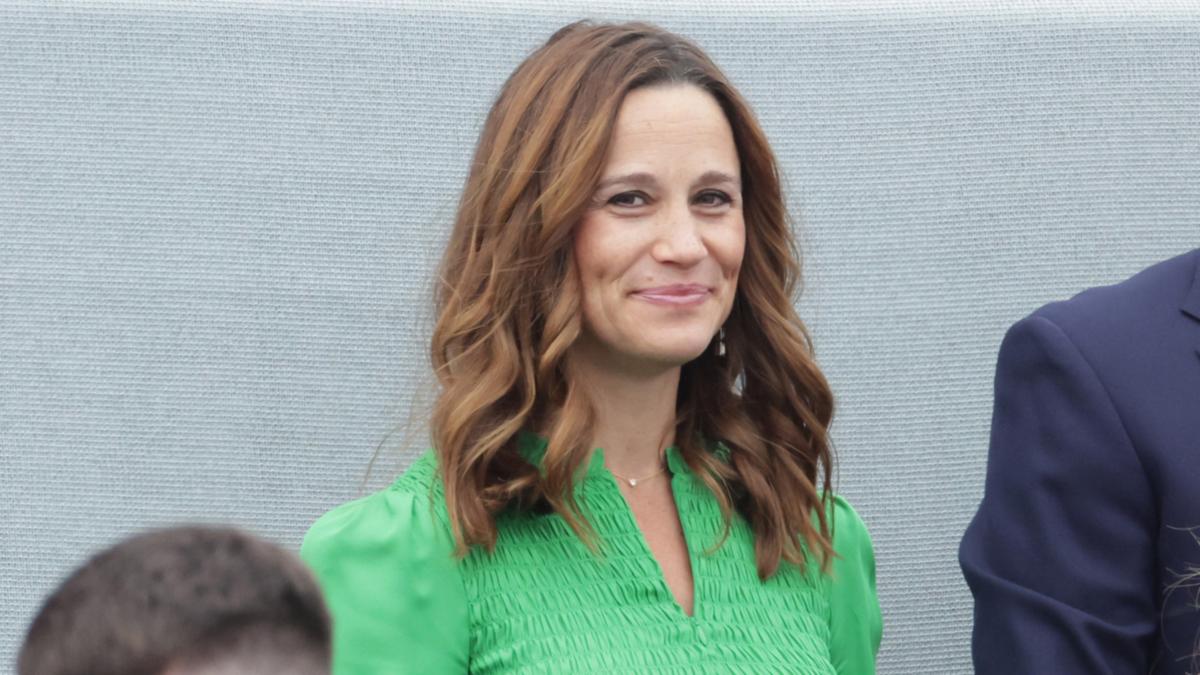 The sister of the Duchess of Cambridge gave birth to baby Rose last month at London’s St Mary’s Hospital, in the Lindo Wing.

WATCH THE VIDEO ABOVE: Pippa Middleton gives birth to her third child

This hospital wing holds special memories for the Middleton family, as Kate Middleton, 40, also welcomed her three children there with Prince William, 40.

William and Kate are parents to George, nine, Charlotte, seven, and Louis, four.

Rose is the third child for Pippa and James, who are also proud parents of Arthur, three, and Grace, one.

The name of the new baby is a sweet nod to the Royal Family, according to the Daily Mail.

“Rose has been the name of some royals across the centuries, including Mary Tudor, known as Mary Rose, Queen of France,” a source told the publication.

Pippa’s third pregnancy became public knowledge when her bump was on display during the Queen’s Platinum Jubilee weekend in June.

The 38-year-old, who is famously private, did not announce the pregnancy news herself.

Wearing a green long-sleeved dress, the socialite was joined by her brother James Middleton and his wife Alizée Thévenet at Party at the Palace during the June weekend.

Pippa married 46-year-old James Matthews, a former racing driver and the heir to the Scottish feudal title of Laird of Glen Affric, in 2017.

This means that upon James’ father’s death, the couple is set to inherit the titles Lord and Lady Glen Affric.

These aristocratic titles are recognised by the Commonwealth and are one rung under royal titles.

Rose’s birth comes as the family is reportedly set to create a building on a 31-hectare lot in Buckleberry, where the Middleton children grew up.

This relocation will put the Matthews’ kids closer to their Cambridge cousins, as it was reported William and Kate plan to move the family to Windsor.

The young family is believed to be moving into Adelaide Cottage on the Queen’s Windsor estate which also houses her primary residence.

The children’s “changing needs” is supposedly the main reason for the move, and the children are set to enrol in a school within the Windsor area.

The drive from Adelaide Cottage to Buckleberry is 44 minutes, making family visits easier.

The area has been the family’s long-time base, founding a party accessory company there in 1987.

‘It’s like I’ve had a couple of wines’: Natalie Barr returns to Sunrise

Miranda Kerr opens up on split from Orlando Bloom: ‘I didn’t believe in love anymore’