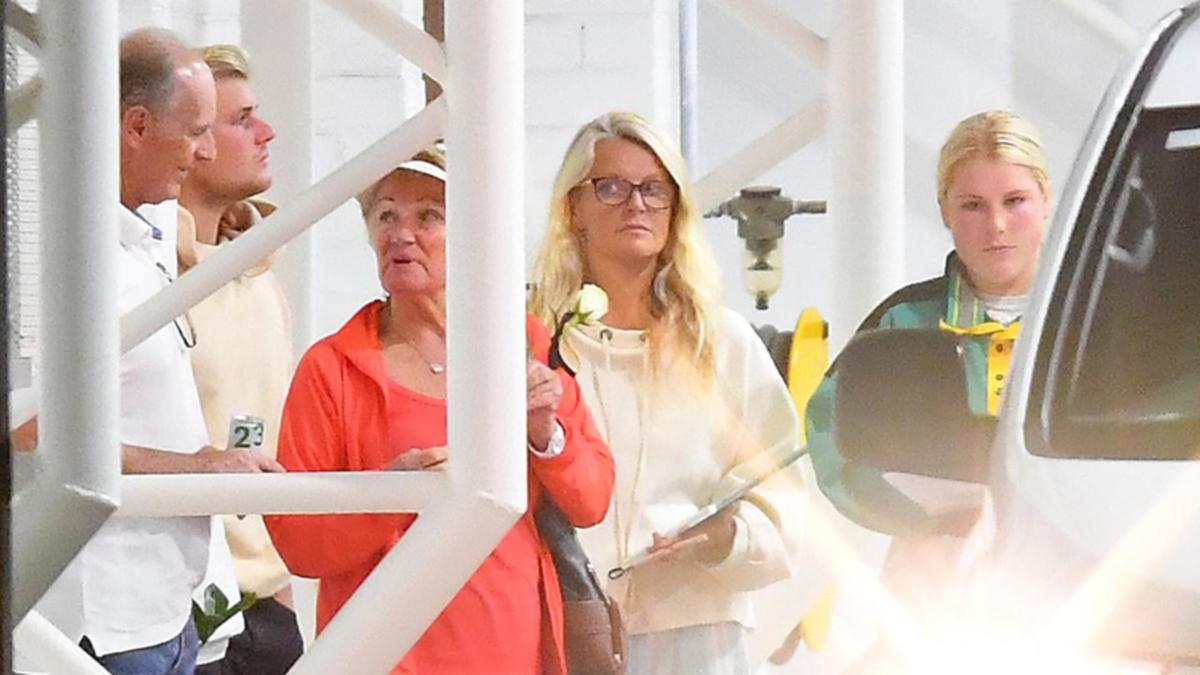 The body of cricket great Shane Warne has arrived in Melbourne on a flight from Thailand where the 52-year-old died from a suspected heart attack one week ago.

Warne’s father Keith and mother Brigitte, holding a single flower, were among several family members to meet the flight that arrived on Thursday night.

Warne’s sudden passing triggered widespread grief as fans mourned the loss of one of the world’s best-ever cricket players.

The jet taxied to a private hangar where police officers were stationed outside.

Warne’s eldest daughter Brooke and son Jackson were at the hangar as was his ex-wife, Simone Callahan.

Following his death on the Thai resort island of Koh Samui last week, Warne’s body was taken by ferry to the mainland city of Surat Thani, and then on to Bangkok.

Warne’s family has accepted the Victorian government’s offer of a state funeral, to be held at the Melbourne Cricket Ground on March 30.

The MCG was the stage of the leg spinner’s famous Ashes hat-trick in 1994 and 700th Test wicket on Boxing Day in 2006, his final series before he retired from international cricket.

The stadium is across town from Upper Ferntree Gully, the outer Melbourne suburb where Warne was born.

Warne’s family issued a statement on Monday night describing the night of his death as the beginning of “a never-ending nightmare”.

“Looking to a future without Shane is inconceivable,” his father and mother said.

“Hopefully the mountain of happy memories we all have will help us cope with our ongoing grief.”

Ticket information for the state funeral is yet to be released, but the Victorian premier said there will no crowd cap at the venue, which can hold up to 100,000 spectators.

“It’s a fitting venue to say goodbye to someone who created so many indelible memories on that ground,” Premier Daniel Andrews told reporters at parliament on Thursday.