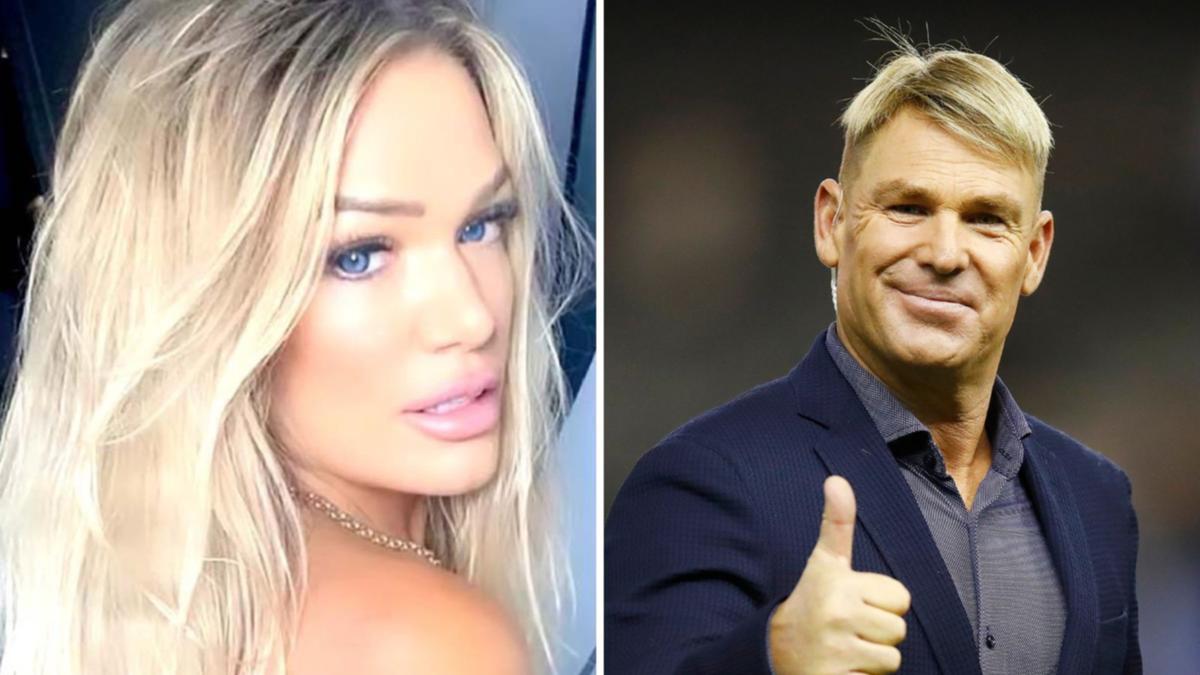 More details about Shane Warne’s love life at the time of his death have been laid bare – by a friend of the late cricketer.

Radio host Kyle Sandilands spoke out on The Kyle and Jackie O Show on Tuesday, after reading claims from a woman dubbed the “world’s hottest grandma”.

Gina Stewart claimed she was in a secret relationship with Shane Warne before his death aged 52 in Koh Samui, Thailand, in March.

The 51-year-old claimed she had been “devastated” by his passing after her brief romance with the cricketer.

But Sandilands said there “were quite a few women who were in a secret relationship” with Warne when he died.

“I think you’ll find that there were quite a few women that were in a secret relationship with Shane,” he said on the radio show.

“I know of a few that were very upset, but that’s Shane. Shane spread the love around,” Sandilands went on.

“And the reason that it’s a secret is so the others don’t find out. Just saying, you’re not special,”

In an interview with Britain’s Daily Star, Stewart claimed she met the spin king online and the pair chatted for months before meeting for the first time on the Gold Coast in 2018.

“I was dating Shane but it wasn’t well-known. He wanted to keep it personal,” Stewart – who rose to fame on Instagram before joining OnlyFans, an adults-only subscription service that allows users to share anything from cheeky selfies to nudes – told the publication.

She went on to share what she claims was the first message from Warne that read: “I hope you are sleeping right now I just wanted to say thank you so much I really enjoyed your company. I’m so glad I met you.”

“I found him extremely interesting and I loved hearing about his life and what made him tick,” she said.

“We became extremely close and I made a promise to him that I would keep our story out of the public eye.

“Shane and I would wear hats and sunglasses just to go out and we became creative on the Gold Coast and later Melbourne when I visited.”

Stewart is not the only OnlyFans star to have claimed to have received messages from the late cricketer.

Big Brother VIP star Jessika Power – who is now also an OnlyFans star – previously opened up about saucy social media messages she claims she was sent by him.

“Some of the things he was sending me I tell you what, inappropriate,” Jessika told her fellow housemates during the show that aired in November 2021.

“I replied a little bit to him then he just got real, real X-rated and I was like I just can’t.

“No wonder he gets into trouble all the time, because you don’t write that over a text message if you have a name.

“I could be short of a dollar, which I wouldn’t do that because I’ve had stories sold on me and I would never sell stories, but young girls could screenshot that, go to the papers and say ‘if you want this I want money’.

“You know what I mean. It was insane, I was like ‘I can’t believe you are writing this over message.”

Warne previously had a 10-year marriage to his childhood sweetheart Simone Callahan, 52, with whom he had three children, Brooke, 25, Jackson, 23, and Summer, 20.

After a decade together, the couple split following a cheating scandal in England.

In an Amazon Prime documentary released before of his death, the family looked back on the marriage breakdown.

“We were going to set up a life in England,” Callahan told the program at the time.

“I had done the whole school, ‘see you later’, had the goodbyes, had the farewells, ‘kids, we’re moving to England’ …”

But upon arrival, Callahan’s life changed as she read British tabloid headlines.

“It was heartbreaking, of course, I just didn’t want to be in England. I had to come home. It wasn’t even a two-week turnaround before I came back to Australia.”

Warne recalled it being “b***** hard”, adding that it was the impact the incident had on his children that hit him the hardest.

As his three children returned to Australia with their mother, Warne said he found it hard to focus on the Ashes at the time.

John Farnham’s year from hell ahead of cancer diagnosis: ‘Beside himself’