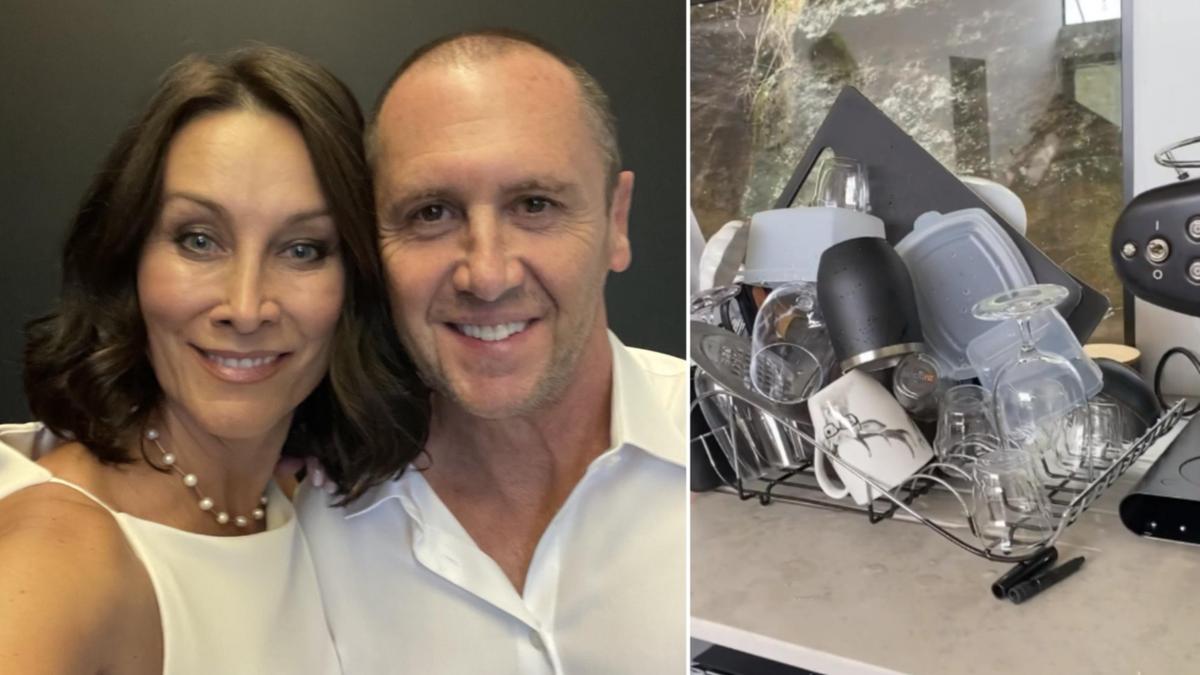 The Morning Show host Larry Emdur has divided the internet over his amusing technique for drying dishes.

The TV host shared a video showing exactly how he stacks his dishes at home while joking his method usually leaves his wife Sylvie feeling stressed.

WATCH IN THE VIDEO ABOVE: Larry shows how he stacks dishes

“Sylvie hates it when I do this, she says it causes her large amounts of stress,” Larry wrote on Instagram.

“I think it’s a clever and practical use of available space. What do you think?”

Soon after, an influx of responses came in, interestingly divided.

Celebrity chef Manu Feildel jumped to Larry’s defence, saying: “I get it mate, I’m on your side with this one.”

While actress Virginia Gay responded: “Prac. Ti. CAL. Why have one layer, when you could have SEVERAL LAYERS all working SIMULTANEOUSLY.”

However, Sam Armatage disagreed, saying: “Omg. That is SO stressful,” while Sunrise host Natalie Barr joked: “She is right. You are wrong”.

Larry is clearly a fan of debates, as the following day he launched a new one, this time on the classic 70s lunchmeat devon.

Sharing a photo of the opened Devon packet, Larry wrote: “Mum used to make me Devon and sauce on white bread sandwiches every day at primary school. I bought it today to see if it tasted the same 50 years later…”

“I’ve got to say…. some memories shouldn’t be revisited for your own benefit.”

“NO, don’t buy the pre-sliced. Get the deli to slice it for you – if not buy Berliner, heaps nicer,” another follower wrote.

Watch Larry on The Morning Show and The Chase, both on Channel 7 and 7Plus>>