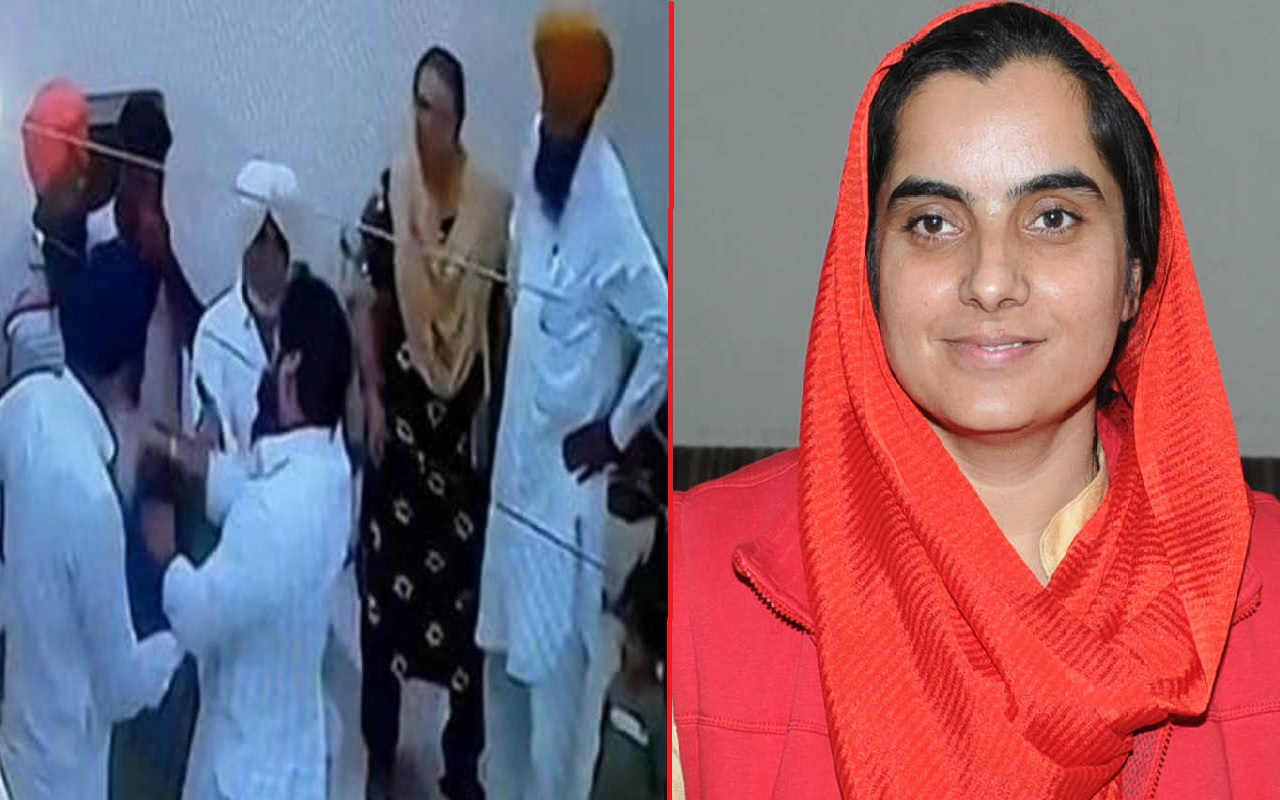 The Assaulted MLA has been identified as Baljinder Kaur. Baljinder Kaur is Aam Aadmi Party’s MLA from Bhatinda in Punjab. In the viral video, Baljinder Kaur and her husband are seen arguing on some issue and then suddenly her husband slaps her brutally in a fit of Rage. The accused husband is identified as Sukhraj Singh. Sukhraj slaps her wife MLA Baljinder Kaur in front of everyone, the other people nearby them rushed to stop him and they all dragged Sukhraj from further assaulting Baljinder. The incident was recorded on a CCTV camera, and this brutal incident happened at their residence in Talwandi Sabo.

The viral video is of 50 seconds and is on 10 July. The video is from 10 July but it came out now and has created a massive stir all over the internet. Public. The viral video has created a massive amount of sensation all over. Everybody is angered by this incident and has angered everyone. Baljinder Kaur is two time MLA from Talwandi Sabo. Surprisingly Baljinder Kaur has not filed any police complaint against her husband but Punjab Women’s Commission has entered the case.

Manisha Gulat, the head of the Punjab Women’s commission has stated that she saw that video and she is upset with this. She stated that the woman who raises her voice for others is being assaulted in her home. Manisha Gulati further continued and stated that they are sending a suo moto notice to her husband Sukjinder Singh. Netizens have flooded social media with their angry reaction toward their husband. Many people are demanding his arrest. The incident has been very flabbergasting for everyone. No one could imagine that such a strong leader is facing such brutalities at her home by her husband. Although even now, Baljinder Kaur has not released any official statement on this incident. Everyone is waiting for the statement from MLA Baljinder Kaur’s side. We will update you with all the updates and development in this case as soon they are made public. For all the latest national and international updates, news and information stay tuned with us.