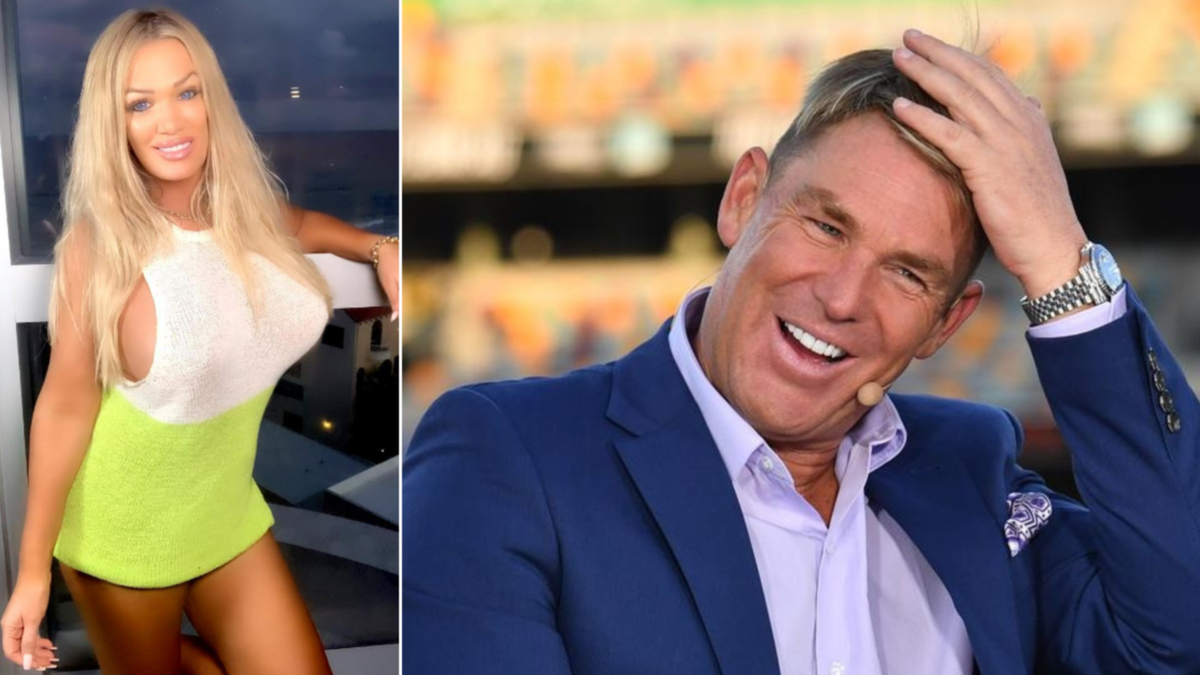 Gina Stewart, known as “the world’s hottest gran”, has claimed she was in a secret relationship with Shane Warne before his death.

The legendary cricket star sent shockwaves through the sporting community when he died of a heart attack aged 52 on March 4 while holidaying in Koh Samui, Thailand.

Now four months on, the 51-year-old has claimed she’s been grieving behind closed doors after her brief romance with the cricketer.

“I have been devastated over the last few months … I was dating Shane but it wasn’t well-known. He wanted to keep it personal,” Stewart told the Daily Star.

She claimed she met the spin king online and the pair chatted for months before meeting for the first time on the Gold Coast in 2018.

“We hit it off straight away and spent the whole night talking and getting to know each other,” she said.

She went on to share what she claims was the first message from Warne that read: “I hope you are sleeping right now I just wanted to say thank you so much I really enjoyed your company. I’m so glad I met you.”

“I found him extremely interesting and I loved hearing about his life and what made him tick,” she said.

“We became extremely close and I made a promise to him that I would keep our story out of the public eye.

“Shane and I would wear hats and sunglasses just to go out and we became creative on the Gold Coast and later Melbourne when I visited.”

She believes now is the time to share their relationship because she wants “people to know he was a truly caring humanitarian”.

Stewart rose to fame after she gained a huge following on Instagram before she joined OnlyFans, an adults-only subscription service that allows users to share anything from cheeky selfies to nudes.

Warne previously had a 10-year marriage to his childhood sweetheart Simone Callahan, 52, with whom he had three children, Brooke, 25, Jackson, 23, and Summer, 20.

After a decade together, the couple split following a cheating scandal in England.

In the Amazon Prime documentary Warne, released ahead of his death, the family looked back on the marriage breakdown.

“We were going to set up a life in England,” Callahan told the program at the time.

“I had done the whole school, ‘see you later’, had the goodbyes, had the farewells, ‘kids, we’re moving to England’ …”

But upon arrival, Callahan’s life changed as she read British tabloid headlines.

“It was heartbreaking, of course, I just didn’t want to be in England. I had to come home. It wasn’t even a two-week turnaround before I came back to Australia.”

Warne recalled it being “b***** hard”, adding that it was the impact the incident had on his children that hit him the hardest.

As his three children returned to Australia with their mother, Warne said he found it hard to focus on the Ashes at the time.